Willa Ford is a prominent face in the world of music who gained early fame after releasing her debut album, Willa Was Here. She is also notable for her hit singles like I Wanna Be Bad, Did Ya Understand That, and A Toast to Men and With. Her work is not only confined in singing but also has built a successful career as a dancer, actress, and television personality.

Willa Ford has an estimated net worth of around $1 million. The major portion of her income she makes from her work in the entertainment industry as a singer, actor and television personality. Her debuted album Willa Was Here was sold over 250,000 copies worldwide.

Ford also acted in the movie Friday The 13th which collected $92.7 million at the box office throughout the world with a budget of $19 million.

Willa Ford married NFL player Ryan Nece on 8th October 2015. The couple did not reveal when they first met and how it all started.

Ford and her hubby Nece announced they were expecting their first child together in March 2016. The two welcomed a son Elijah Everett Mandel Nece on 7th September 2016.

The couple is now living a happy and blissful life with thier kid at their resident in New York. 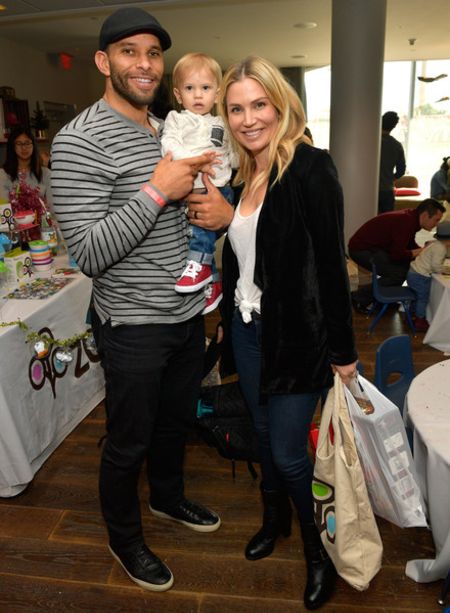 Willa Ford with her husband and child SOURCE: People.com

Prior to her marriage with Ryan, Willa Ford was married to a hockey player and actor Mike Modano. The couple tied the knot on 25th August 2007 in Athens, Texas. They could not last long and their relationship ended in divorce after a five-year of their marriage.

Willa Ford was in a relationship with many celebs. She dated Chuck Liddell from 2004-2006. She also linked to Christopher Jones for a year from 2000 to 2001.

Willa Ford started her career as a singer under the stage name Mandah at 18. She initially signed by MCA but she later exited from the company. She was later noticed by Atlantic Record and also singed with the record label.

On 17th July 2001, Ford released her first album Willa Was Here. Her album was sold nearly 250,000 copies worldwide and reached 56 positions on the billboard 200. In 2001, she co-wrote and recorded a duet Nastified with Park Ji-Yoon.

Besides her music career, Ford also appeared as a guest doll in the Pussycat Dolls. In 2006, she participated on the third season of Dancing with the Stars. But, she could not make it last and eliminated in the fifth week of competition with her partner Maksim Chmerkovskiy.

In 2007, Willa made her movie debut appearing in The Anna Nicole Smith Story. She also shared the screen with actors Jared Padalecki and Danielle Panabaker in the 2009 movie Friday the 13th. 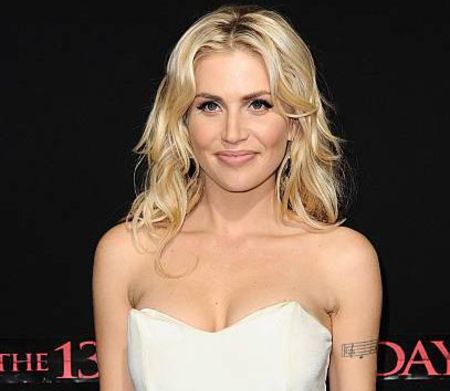 Willa Ford on the premiere of Friday the 13th SOURCE: Getty Image

In, 2019, the actress appeared in television show Flip It Like Disick.

Willa Ford was born on 22nd January 1981 in Florida, United States. She holds American nationality and belongs to white ethnicity.

Willa is one of four children of Ralph Everett and Donna Sweat Willford. She was raised along with her three siblings sisters Aleece and Heather and brother Marcus in Ruskin.