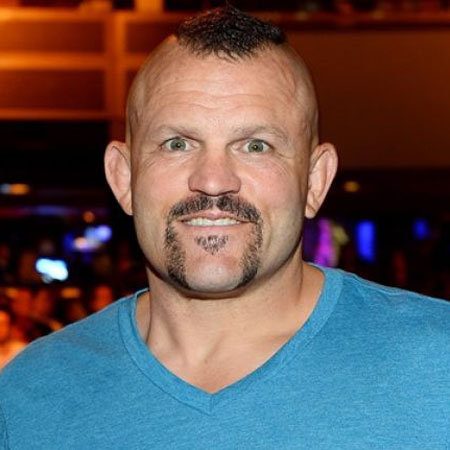 Chuck Liddell aka The Ice Man began fighting in his early age when his grandparents motivated him toward mixed martial arts. Following his interest, he studied Koei-Kan karate when he was 12 years old and eventually made his professional debut in the UFC at the age of 29. Shortly after his professional debut, Liddell proved himself as an extraordinary MMA fighter. But life isn't always easy as he faced multiple failures before retiring in 2010. Aside from his fighting career, Chuck Liddell appeared on several movies and television shows. Similarly, the talented personality is enjoying a longtime love relationship with his partner Heidi Northcott.

Chuck Liddell was born on 17 December 1969 in Santa Barabara, California. His birth name is Charles David Liddell and his zodiac sign is Sagittarius. Liddell was raised by his single mother and there is no information about his father. He grew up in the close guidance of his maternal grandparents and his grandfather taught him boxing techniques in his early age.

Chuck Liddell began fighting in his high school. In his college days, he has had a record of 20 wins and 2 loses in an amateur kickboxing. Then he took training in Brazilian jiu-jitsu under the coach of Jon Lewis in Las Vegas. The fighter made his professional career debut in 1998 at UFC 17: Redemption match in Mobile, Alabama. In his debut fight, Liddell fought against Noe Hernandez and had a victory.

Following his victorious beginning of professional MMA career, he went on becoming the number 1 contender in the UFC Light Heavyweight Championship around the time of 2002. Liddell participated on several UFC Championship with the most of wins. In his MMA career, he fought with some of the incredible MMA fighters including, Randy Couture, Tito Ortiz, Jeremy Horn, and others. 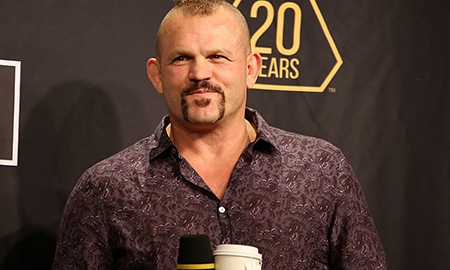 One can never be always on the top. Likewise, Liddell's flourishing fighting career took downfall from the year 2007. After facing continuous defeat with the fighters like Quinton Jackson, Mauricio Rua, Rashad Evans, and Rich Franklin, Liddell ultimately decided to retire from his fighting career. The fight broke the news with the heavy heart in the UFC 125 press conference in December 2010.

As of 2018, it's been eight years since he last fought, however, the fighter is planning to return in the MMA fighting. It was announced that Chuck will be fighting against Tito Ortiz which will take place on the 24th November 2018.

In 2008, Chuck published his autobiography book titled Iceman: My Fighting Life. In the book, she shared his journey of MMA career.

Alongside his celebrated MMA career, the accomplished fighter Chuck Liddell worked on several movies and television series. To name a few, he notably appeared in the movies like How High (2001), The Death and Life of Bobby Z (2007), War Pigs (2015), and others. Similarly, Liddell starred in the several television shows including Punk'd (2007), Hawaii Five-0 (2011), Workaholics (2017), and many others.

Likewise, the fighter appeared on the 9th season of the popular dance show, Dancing With The Stars in 2009. In the show, he showed some amazing dancing skills alongside his professional dancer partner, Anna Trebunskaya. Despite his incredible dancing skills, the star was eliminated from the show on 13 October 2009 finishing in 11th place.

From his successful career in mixed martial arts, the fighter earned the total income of $4,380,000.

Chuck Liddell is in a serious relationship with his girlfriend Heidi Northcott for a long time now. The MMA fighter took their relationship to the next level by proposing his lady love on 4 November 2010. Since then, the couple is inseparable and are happily together with no controversies. 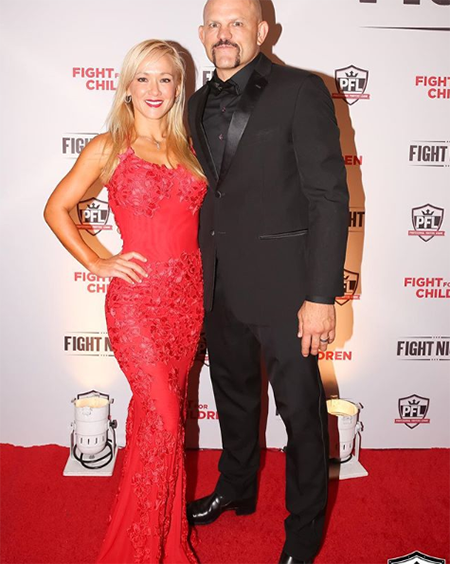 From their relationship, the two are parents to their two children; a daughter named Guinevere born in 2011 and a son named Charles David Liddell Jr. born in 2013. Liddell is seen hanging out with his family on several occasions. Here's an Instagram post of him having some good time with his family.

Flash back pics from my DC trip last week. I was in DC for work but I brought my posse for a little work/fun vacay too #goodtimes #family #fun #dc #squad #liddellkids #calmbeforethestorm #timetotrain#focused #feelinggreat

Previously, the fighter was in a love relationship with an MMA fighter Casey Noland. But for some unknown reason, their relationship didn't last long and Liddell and Noland broke up after a few years of togetherness. Though they ended their relationship, the two share a daughter named Trista.

Chuck Liddell was also in another relationship from which he is a father to a son named Cade.

Liddell appeared in the morning television show Good Morning Texas in March 2007. In the interview, he promoted his epic war film 300. Amid the interview, the fighter fell asleep. Here's a short clip of the fighter's interview.

From the beginning of the interview, Chuck appeared tired and sleepy. The host even asked the fighter whether he is okay or not. Later on, UFC President Dana White and Liddell's head coach Scott VanGilder explained that Liddell was suffering from pneumonia and he had taken a large dose of sedatives the night before the interview which made him all drowsy and he couldn't speak well in the interview.