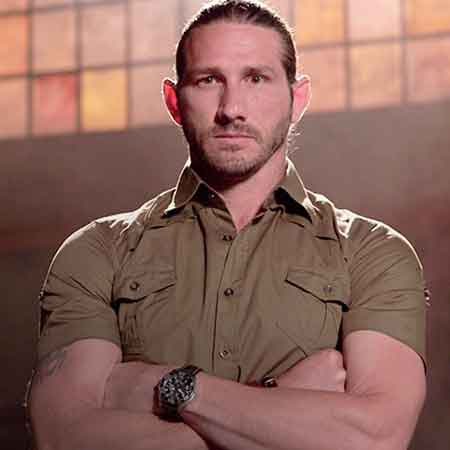 Will Willis is a military turned TV host who spent most of his youth fighting and protecting his country as the militant in the Air Force. As of 2019, he hosts the bladesmiths challenge series Forged on Fire. In addition to the series, he also served for several other channels like Triggers: Weapons that Changed the World as well as Special Ops Misson in Military Channel.

Early Life, Bio, And Education Of Will Willis

Will Willis was born on February 14, 1975, into a military family in Portugal. He spent most of his early days on military bases until his father's retirement in 1991. The TV personality is of American nationality and his ethnicity is white.

He was raised along with his four siblings including two boys and two girls.

These are my heroes. May 1983 #brothersandsisters #brothers #sisters #siblings

After the retirement of his father, their family moved to LA where Will graduated from a local high school in the year 1993. After completion of his high school, he enlisted in the army.

Will Willis' Professional Career And Wiki

Will Willis spent most of his youth fighting and protecting his country as the militant serving with the Army's 3rd Ranger Battalion on active duty from October 1993 until February 1998. He later dropped his military career and went on to join Air Force as a Pararescueman in June 1998. He worked there until March 2007. 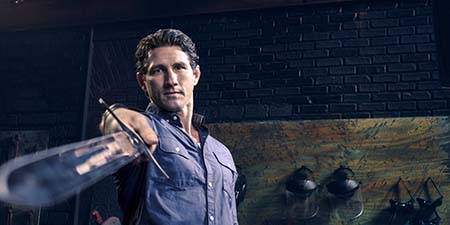 Willis served one year of reserve duty for a year from August 2007 to August 2008 with the Air Force too. He then started working as a host of the show Special Ops Misson in Military Channel. He also hosted the American Heroes channel, Triggers: Weapons that Changed the World. In 2009, he played the role in Special Ops Mission.

In the year 2015, Wills was a cast in the hit TV series Forged in Fire sharing the screen along with Jason Knight, Doug Marcaida, and J. Neilson.

Willis currently is a judge of the bladesmiths challenge series, Forged in Fire along with three other judges. In Feb 2018, the producing network ordered that show has a spin-off. Besides, Wills is a creator and writer of the show.

To date, the show has released over 95 episodes and now airing its sixth season.

Will Willis' Net Worth And Salary

Will Willis has collected a decent amount of money from his various professions. As of 2019, his net worth can be believed to be over $1 million, according to some reliable online sources. He also served on a military force for over a half decade and at that time his annual salary was over $37,896.

Will Willis' Wife, Kids, And Affair

Will Willis is a married man. The TV personality tied the knot with his longtime girlfriend-turned-wife Krystle Amina on 11 October 2017. The couple got engaged on 24 March 2017 and walked down in the aisle just eight months later of their engagement.

You know why I’m a lil late with the post but Happy 1st Anniversary_kilowhiskey_ What a wild ass ride its been so far!! Ride & Die Baby!

Willis later posted a series of photos showing an enormous diamond ring on Amina's finger. The actor often shares intimate snaps with his spouse on his Instagram account. The two are yet to become a parent.

Will Willis' Age, Height, And Other Facts