Why is 4th of July Celebrated as Independence Day in America? 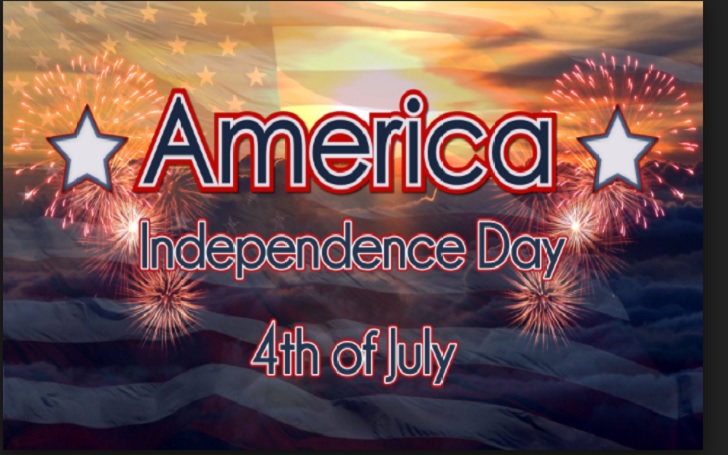 Every year on the 4 July Americans come together to celebrate Independence Day- the birth of our nation and the biggest holiday across the country.

This federal holiday is celebrated as the day America won independence from the British Empire after the Revolutionary War which killed thousands of people. Even though the official day is July 2nd, we throw fireworks and write patriotic rants on Facebook and Twitter on July 4th due to political delay! Classic politics!

Why is the 4th of July Celebrated as Independence Day?

July 4th is one of the biggest holidays in the US Calendar. Americans marked the Declaration of Independence on 4 July 1776.

However, the war continued for a while after declaring Independence Day. On 4th July Holiday 2017, Americans tweeted about the history of Independence day and some people posted satirical Tweet against POTUS Donald Trump after he tributed Independence Day to the military.

Before 1776, the US used to be thirteen colonies of British Empire. The colonies were run by the British, who were ruling on the continent since 1587. First, the relationship between the British and local publics was amicable but later settlers were all complaints about British influence and taxes.

#4thOfJuly2017#Independenceday2017
Artimus Brassfield
K.I.A October 24,2003
America is forever in debt to you for your sacrifice. pic.twitter.com/PBgPMRCePy

In 1765, the settlers asked for ‘no taxation without representation’. However, British was not ready to implement settlers’ ideas. Later, they began fighting each other and started a Revolutionary war in 1775. Thousands of people died in that war. Following year, Congressional Richard Henry Lee of Virginia declared the United States independent from the British Empire.

Some people aren't happy that President Trump is celebrating military on this historic day:

The legal separation of the Thirteen Colonies from British Empire happened on July 2, 1776, but Congress debated and revised the word of the declaration, finally announcing it two days later. However, the fighting didn’t cease, it carried on until 1783.

Following the declaration of Independence Day, Americans started celebrating and cheering up in various cities. In 1977, Philadelphians remembered the 4th of July with guns fires, bells rings firecrackers and candle light. But when the War of Independence dragged on, Fourth of July celebrations modest at best.

After the war ended in 1783, July 4 became a holiday in some places, it replaced the date of the Boston Massacre, March 5 as the major patriotic holiday. The day marked Speeches, military events, parades, and fireworks. In 1941, Congress declared July 4 a federal holiday.

We Americans enjoy picnics all round the year, but Fourth of July picnic and games are more meaningful. July 4th is marked by historical pageants, baseball games, beach trip and watermelon- contests since its beginning. Picnic definitely needs to have hamburgers, apple pie, cole slaw and hot dogs among other foods.  People also enjoy mimes and drama shows on the July 4 holiday.

Fourth of July Holiday is marked throughout the country with fireworks and loud celebrations, historic cities like Boston and Philadelphia draw huge crowds to their festivities. The people of Boston hold musical concerts on the banks of Charles River, featuring American music and ending with the 1812 Overture.

Philadelphians celebrate at the Independence Hall, where historic scenes are reenacted and the Declaration of Independence is read.  Another city Pennsylvania celebrates candle festival with hundreds of candles in water and a ‘Queen of Candles’ is chosen.