Why Did Lesley Stahl Divorce Her Husband, Jeffrey Gordon? Details About Her Second Marriage And Children! 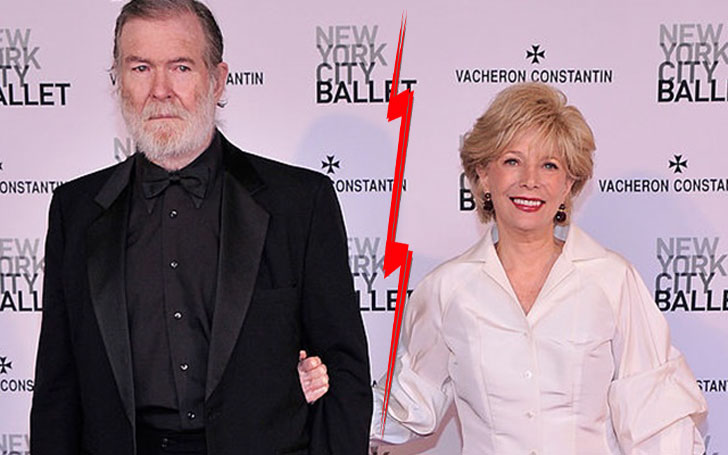 Lesley Stahl is an American television journalist who is popularly known for reporting for 60 minutes especially with the current President of United States, Donald Trump, and his family.

The 75-year-old, Lesley Stahl, is a well-known face when it comes to American journalism, however, many people might not be aware that Lesley Stahl is living her life with her second husband, Aaron Latham post her divorce from Jeffrey Gordon.

But, why did Lesley Stahl and Jeffrey Gordon got a divorce in the first place? And is she happy with her second husband Aaron Latham? What do you think?

Lesley Stahl and biologist Jeffrey Gordon got married in 1964. But, unfortunately, the couple couldn’t hold their marriage for too long and got divorced in 1967.

Though Lesley Stahl is a media personality, she has always managed to keep her life under the radar and hasn’t actually made the reason for her separation public.

Stahl got married to her now husband, Aaron Latham after a decade of her first divorce. She has been married to Aaron for almost 40 years now. So, how are the couple spending their married life at the moment? Let’s find out.

Lesley Stahl and Aaron got married in 1977. Well like they say everything happens for a reason and in this case, it seems that her divorce with Gordon happened so she could have a happier life ahead.

Stahl and Latham are not only parents to Taylor Stahl Latham but have already become grandparents as well.

Stahl and Latham's love story goes all the way back to 1973 when he was scrounging for Watergate anecdotes and was advised to talk to Stahl. Their first encounter happened on the telephone, but it wasn’t the start of their love story at least not from Lesley side.

How dare you call me at home? If you want to talk, call me tomorrow at the office, she barked, and then slammed down the phone.

I said, my God, I’d better turn on the TV to see what this person looks like I thought, ‘She’s so beautiful. My heart stopped, my mouth dried up and I said, ‘What have I got myself into?

Though they met for dinners frequently, they didn’t see it coming. It took them two years to realize they were in love.

Suddenly we started seeing something different from what we had been seeing—almost like the old story of the boss who marries his secretary after 35 years.

They say, when you are made for each other, nothing can separate you. Seems true now doesn't it?