Why did Jodie Sweetin and Justin Hodak split after 2 years of engagement? 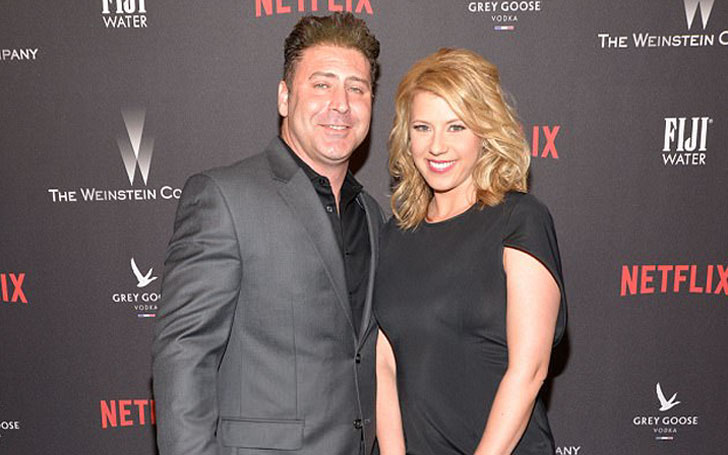 Jodie Sweetin, Stephanie Tanner from the 80s sitcom, Full House, was engaged to Jodie Sweetin after almost a 2-year long relationship. The couple's split has become quite a public debacle.

According to EtOnline, Jodie Sweetin who snapped her ankle and tibia attended 2017 Kids' Choice Awards with 8-year-old Zoie and 6 years Beatrix whom she shared with ex-husband Cody Herpin and Morty Coyle. Also, she was joined by her fiancé Justin Hodak. Speaking about their wedding plans, she explained:

"Every time we think about it, it just keeps getting pushed a little bit further,"

"We'll get through the broken leg first."

"We're looking at the end of next year... I've just been so busy with Dancing With the Stars and Fuller House. But once this wraps and I have a little bit of free time, we're going to start jumping into the planning."

Well, my day did NOT go as planned!! I was trying to hop a fence to get a little toy that Bea had thrown over it, and on the way back, my dismount sucked. Snapped my ankle and tibia in multiple places and screamed like never before!! So... looks like surgery is in my near future. And probably no tap dancing for a while. But Zoie won all her soccer games and is still going in the next round! #supermom #fencejumpfail #idoallmyownstunts #hopalongcassidy

So, here's my awesome vacation spot for the next 8 weeks or so! Back to the dr tomorrow, most likely surgery to put this little Humpty Dumpty back together again! But @justinhodak_ has been AMAZING through this and I have a long road ahead of me to recover. But I got this!! Thank you for all the love and support, it really does mean the world to me!! This ain't gonna be easy!!! #hopalongcassidy #idoallmyownstunts #netflixbinging #learningtositstill

Sweetin shared two posts in 2 days referring to her broken leg. We were still hoping there'd be a marriage after her broken leg is repaired, but it didn't happen.

Why did Jodie Sweetin split from her fiance  Justin Hodak and got a restraining order against him?

We often see Hodak getting in trouble with the law. He was found violating the traffic rules; driving without a license and speeding in 2006, 2009 and 2011. Jodie apparently pulled off her engagement ring in March 2018, when Hodak threatened suicide.