Who is Yancy Butler Dating Currently? Know about her Affairs and Relationships 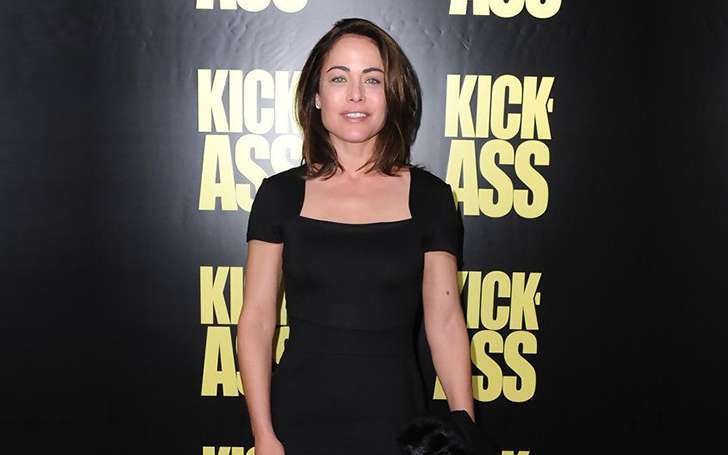 Yancy Butler, an American actress, in a Greenwich Village born to Leslie Vega (Theatre Company manager) and Joe Butler, drummer, and vocalist for the 60s rock group The Lovin' Spoonful.

Yancy Butler born in the family of entertainer is well known for her work as Natasha Binder in Hard Target (1993), Jess Crossman in Drope Zone and Detective Sara Pezzini on the supernatural drama series Witchblade.

The Drope Zone star has a great career but what about her love life? In 2017, She featured in the adventurous movie Chasing the Star alongside Rance Howard, Terence Knox, Ralph Lister and Jimmy Doom.

Yancy Butler and Jeff Fahey were in a relationship in the past as they worked opposite to each other in the movie The Hist List (1993).

In the movie, they had a great chemistry and the on-screen romance was so deep that, they had an affair off-screen too.

The reason for the breakup has not been made public as Yancy Butler has always managed to avoid the world to known about her personal life.

The 90s star Yancy Butler has not been involved in any kind of relationship lately and there is no news about her dating anyone.

Although the detective of Witchblade has not made any headlines with love life recently she made the headline as she was arrested for drink and drive.

On April 2, Yancy Butler was arrested in Sag Harbour when she was found drunk behind wheels. Butler's car was found on the sidewalk of the main street.

At the scene, police found a half-empty bottle of Smirnoff Voda sticking out of Butler's black purse and she was drunk. Butler was carried out of the scene by an ambulance as she was not able to walk or make any statement.

When she reached the hospital, Butler was tested for possible alcohol poisoning after her test; she spat on the police officer who arrested her.

Now it has been reported that she had been in front of the Saga Village Judge the next day. Besides alcohol, there were some 14 pills in her purse one of them was prednisone whereas rest were anti-anxiety medication.

After the incident, Butler was charged with aggravated driving while intoxicated and seventh-degree criminal possession of controlled substance along with second-degree harassment for violation.

But this was not the first time she had been arrested as she was also arrested on March 15, 2007, for failure to drive in the established lane for which she was charged with $500 and to appear in front of the Judge after a week.

There are not just bad news but some good news too as Butler will be appearing in Chasing The Stars.

Chasing The Stars was shot in the spring of 2016 in Arizona, California, and Michigan and will be out in theaters from 2017. BEST OF LUCK BUTLER, STAY SAFE!!!!