Who is Victoria Baldesarra, the TV actress, lately dating? Does she have a boyfriend ? Find out 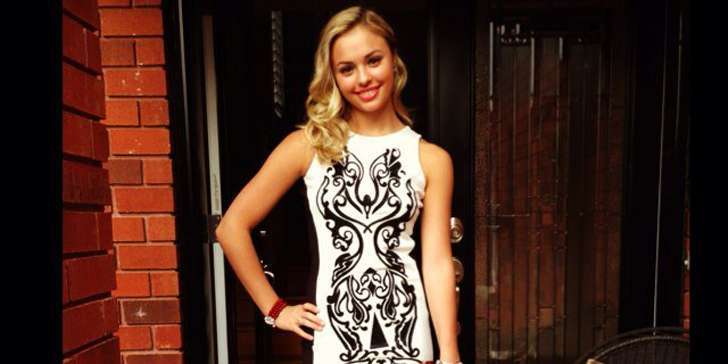 We all know The Next Step's actress Victoria Baldesarra as a good dancer and an undoubtedly good actress. She was only three years old when she first started dancing. In her early years, she participated and earned a bronze medal on Lolington's edition of "Canada's dance team".

Victoria Baldesarra  is only eighteen years old and was born on July 28, 1998, in Toronto, Ontario, Canada as the only daughter to father Tulio and mother Cherlann. Victoria has an elder brother named Alec Baldesarra and owns a pet cat named Mia.

Victoria is a huge fan of Justin Biber and Hillary Duff. She even admitted that her first celebrity crush was Justin Bieber. And her favourite show as a child was Lizzy Mcguire from Disney channel. In an interview with ">Family tv, she mentioned the very first concert she ever attended was of Justin Bieber too. She prefers to read books rather than to watch a movie whenever she is free. The Next Step's Michelle has Leo as her birth sign and is obsessed with striped clothes and candies.

She started The next step when she was twelve years old and now the show on family TV has completed its fourth season. Though she is very sensitive in person, she loves soccer and is quite fond of jazz and hip-hop dancing styles too.

Victoria is very active on social media as well, and she is more fond of Instagram among other social media. She keeps on posting many pictures of herself along with her family and co-actors, time and again.

Know about her love life

Whenever the actress posts a picture with a boy, people speculate that it is her boyfriend, but most of the picture turns out to be taken with her brother and cousins.

The whole world is curious about the relationship status of Victoria, and let me tell you, she is still single. Even if the whole crew  of the dancing show "The next step" consists of young and talented dancers, but we have not heard if she is in a relationship with any of the co-worker or a friend. Maybe that's because she was under age until July. But not anymore; now that she is Eighteen years old, it is not the matter of why- it is just the matter of when. Let us hope she finds an attractive handsome boy in near future.