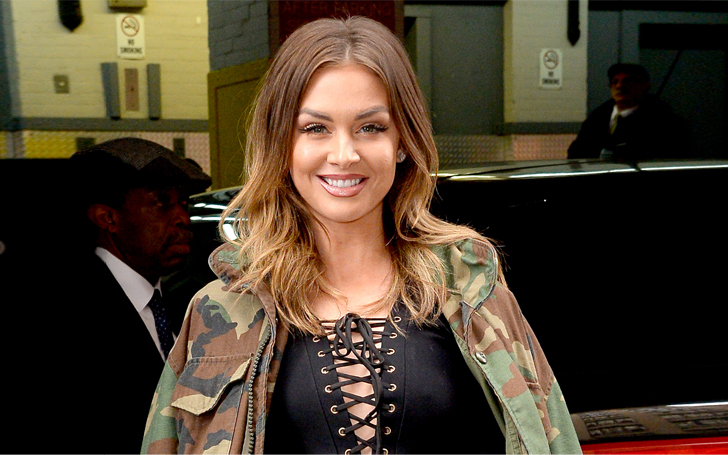 Lala Kent who recently quit  Vanderpump Rules is now in the news for her love life! If you haven't heard already, there were rumors about Kent bringing a new man into her life. We're giving you an update on that!

So, who's this mystery man in Lala Kent's life? Well, not just any mystery man, one who bought her a brand new Range Rover!

Who is Lala Kent’s, Mystery man?

It seems that Lala Kent got a brand new Range Rover from a mystery man apparently! There've been many speculations going around as to who this mystery man is, got one of your own? Find out whether or not your prediction is right!

Thank you for having [email protected] x @oliviaculpo

But hey! It's not that she denied that she has a boyfriend! She did answer the question when asked about if it was true that she is seeing a man by US weekly.

. Obviously, he's the person I plan to spend my whole life with, but I'm always going to baby it and keep it pretty much private.

And here is the video proof of it!

So it seems that she wants to keep her relationship private, but is this actually her idea? Or is her Mystery man behind her who is not ready to face the camera?

If some ''online sources'' are to be trusted, this ''mystery man'' is married and has children. BTW Lala hasn't confirmed anything of that sort, yet.

My life is a blur. My mind is never clear. My heart is always pure. My mouth doesn't give a fuck. #women @immadisonriley

No one is ever going to get the answer they’re looking for, and I’m sorry I’m not gonna put my relationship on the forefront. I also don’t have the right to speak about someone else's life on national television when they did not sign up for this.

Lala Kent said this on the second part of the Vanderpump Rules reunion. So, who is he? Let’s try to solve the puzzle? Shall we?

Is Lala Kent’s Mystery Man married? Who is he?

This is completely based on the information that has been all around the internet but we are just trying to complete the puzzle!

We have come to know that Lala Kent's mystery man is the film producer Randall Emmett, well we are not sure but it seems that many are convinced about this information.

As per the rumors, Emmet is 45, which exactly fits the information that has been circulated before as Lala was dating, middle-aged "sugar daddy" type guy who is married and has children.

Well, yes Emmet is indeed married he also has a child.

This was believed because of the Lala’s co-star Stassi Schroeder who recently broke up and went into tears after her breakup with Patrick Meagher, jokingly tweeted at Lala to “give Randall a big kiss for me”

Stassi could have written that to discredit Lala's name or she is starring in the Nicolas Cage movie on which Emmett is credited as a producer! Or, Randall is actually the mystery man in Lala Kent’s life!