Who is sportscaster Heidi Watney dating? Is the beautiful host and reporter married to Mike Wickham? 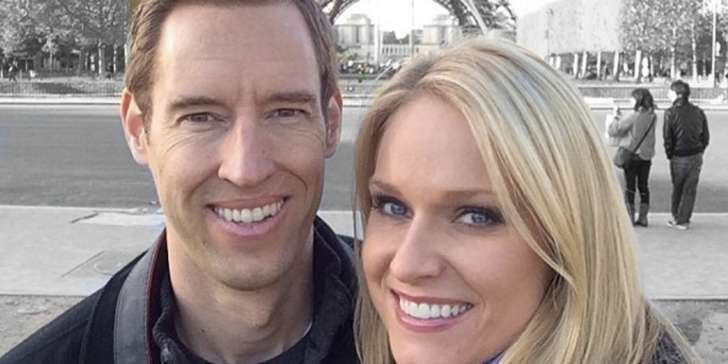 Mike Wickham, a former baseball superstar, is literally playing with fire. Do you know why? It's because of her hot MLB's reporter wife Heidi Watney the hottest reporter from MLB Network. Let's know more about the couple's relationship here.

This lovely couple married on December 31, 2014. The wedding ceremony was an event of extravaganza held in New Jersey, Edgewater.

The couple spent their honeymoon in Bora Bora, an exotic South Pacific island northwest of Tahiti in France. The couple has been happily married ever since. The frequently share their adorable pictures on their social sites.

Heidi Watney is an American sportscaster born May 19, 1981. Other than being an eye-candy of MBL network, she is also a radio personality, social activist, a former talent show winner, and a sports attire entrepreneur.

Heidi Watney, in her early age, attended Clovis West High School in Fresno where she was an active athlete as well as a participant in hurdles, diving, gymnastics, and cheerleading.

Watney was awarded National Merit Scholar at The University of San Diego on the basis of her academic grades and sports enthusiasm.

When she was in the final years of BA studies, she participated in Miss California pageant and brought home the first runner-up prize in 2002. She graduated with honors in 2003 from The University of San Diego. 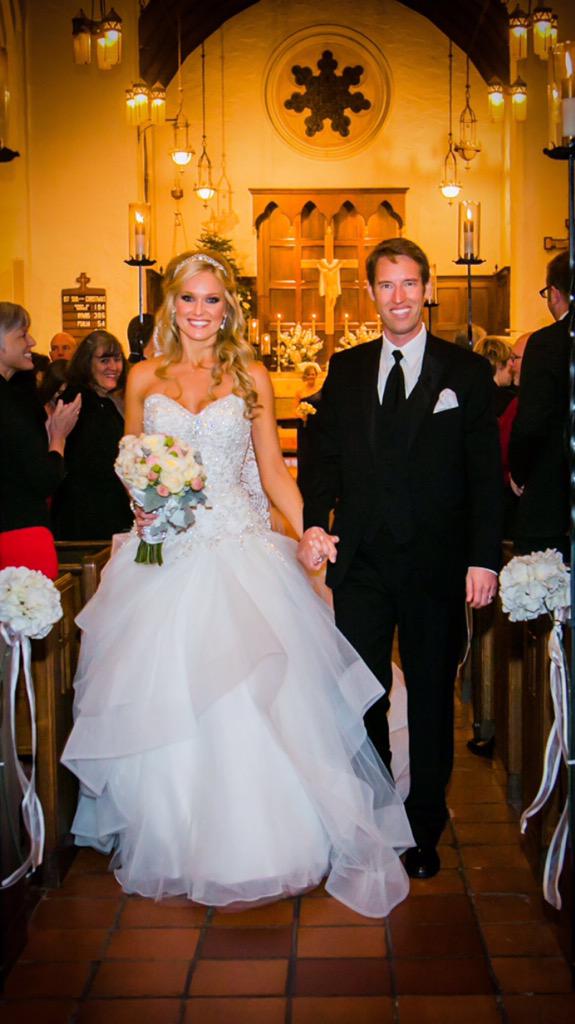 Mike Wickham and Heidy during their wedding day

Watney's sports journalism career started from Fresno, where she hosted a sports talk radio show for ESPN Radio and a weekend sports anchor for KMPH-TV as a sports news anchor and a talk show host.

She started to work with New England Sports Network in The city of Boston as the on-field reporter for the Famous baseball team Boston Red Sox.

She used to host "The Red Sox Report" and "The Ultimate Red Sox Show"  for New England Sports Network in May 2008. She also has worked for the famous Time Warner Cable SportsNet in LA after she left NESN in 2011.

After one short year with Time Warner, she was hired by MLB Network in 2012 as a formal host of "Quick Pitch" which is a hit show in MLB till date. Heidi also owns a line of sports fashion brand which includes baseball t-shirts and clothes.

Her recent release from her fashion collection of clothes can be found in her images which she timely publishes on social media sites like Twitter and Instagram.

The hot sports podcaster is also a model for various brands including jewelry too. Her fame as a sports anchor is helping many brands establish its trademark.

She was once seen in a music video by Dropkick Murphy called Going Out in Style. She is also a social activist who is seen actively participating, donating as well as fundraising in David Ortiz Children’s Fund which helps small kids get a much-needed pediatric car.