Who is Gordon McQueen's Daughter Hayley McQueen Currently Dating? Details About her Affairs and Relationship History 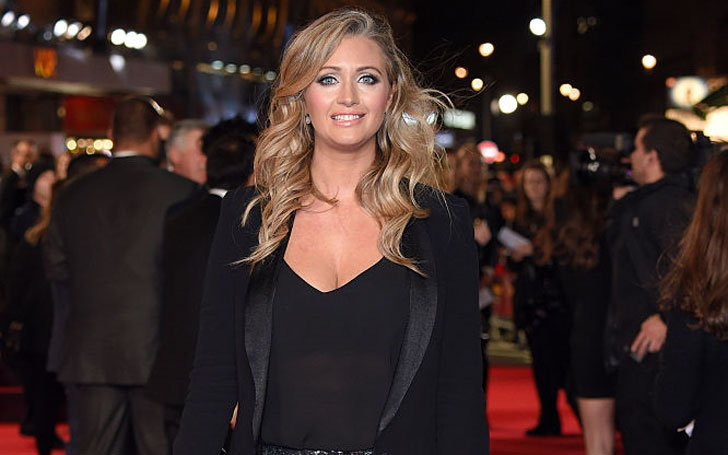 Best known as the daughter of Scottish and Manchester United legend Gordon McQueen, Hayley McQueen has established her own name by now. She is currently a sports presenter, reporter and also an RTS award winning producer.

Talented Hayley believes she doesn't need her father's fame to be in the limelight as she is herself qualified. She has also shown her talent as a host in different events and Premier League.

Is the rich and talented diva Hayley McQueen dating anyone? Or is she single? What is her current relationship status? Let's dig into her personal life and find out!

Who is Hayley McQueen dating? Or Is She Single?

The daughter of former Manchester United and Scottish footballer Gordon McQueen, Hayley McQueen is currently dating German model Kirk Newmann. According to some sources, the couple is together for about two years by now.

The sports presenter McQueen and her boyfriend, Newmann, are quite open about their relationship. They also frequently make public appearances and attend VIP parties. The couple was also spotted at the 6th annual Asian Awards held at The Grosvenor House Hotel in London on 8th April 2016.

Going through their social media sites, we can find that Newmann and McQueen share a strong relationship and they are completely in love with each other. McQueen posts about their romantic dates and vacations time and again on her social media.

ON 20 May 2017 Hayley McQueen wished boyfriend Kirknewman on his Birthday with a cute message on Instagram:

"Happy birthday to this wonderful human being, my absolute favorite person in the whole world @kirknewmann"

Despite their busy schedules, the love birds manage time for vacation. On her Instagram post on 23 January 2017, she shared a picture of their vacation and mentioned "Planning some more adventures together for 2017"

Well, we can conclude that McQueen and Newmann are pretty happy together!

Prior to dating Kirk Newmann, Hayley MacQueen dated English singer and musician Liam Fray back in 2013. Fray and Newmann started dating after they were introduced at Sir Alex Ferguson’s retirement party.

In an interview with The Sun, she confirmed her relationship with Fray saying:

It’s quite new. We’ve been seeing each other for about five months. We started off meeting up as friends and then that was it.

Their relationship didn't last for long, they ended up breaking up soon after her statement. While dating Fray, McQueen also shared several pictures of them together on her Instagram. But the pictures are deleted by now.