Who is Aidan Turner, actor of 'The Hobbit', dating currently? Is he married? 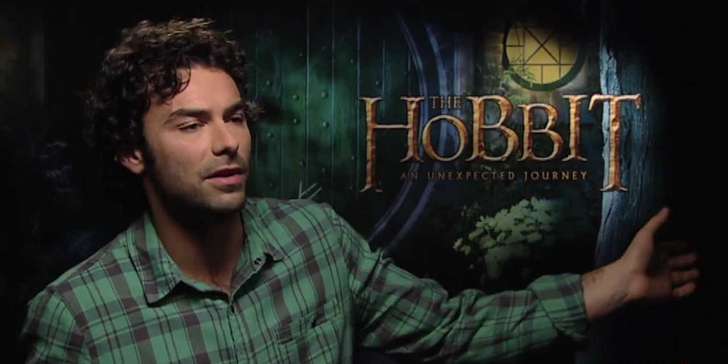 Recently Aidan Turner’s ‘Poldark’ co-star Heida Reed shared an image of him and his ex-girlfriend Lenora Crichlow spending a good time together in Los Angeles. Due to this, rumors have been going around that he has rekindled their relationship, which may be true.

The couple who met for the first time on the set of BBC ‘Three’ show in 2009 and separated in 2011. The actor who played in the famous movie 'Hobbit', from 2012 to 1014, previously dated actress Charlene McKenna for two years. It is also rumored that he dated actress India Whisker in 2004 whom he met in his drama school in Dublin.

Single Aidan Seems Happy To be With his Ex-Girlfriend

The star from ‘Poldark’ drama, who has not married yet, has dated three girlfriends till now including his latest ex-girlfriend Sarah Greene. Aidan’s second love Lenora was seen alongside Aidan leaning against the table with beer bottles and a wine glass.

Though his heart was broken by some reasons that he didn't reveal since last three years, he seems happy to be with her, again.

Aidan's Longest Relation Broke Due to His Work

Turner’s longest relationship was with an Irish Actress Sarah Greene who is known form the film ‘West End’ and ‘Broadway’ as Helen McCormic. He spent almost five years with Sarah who was nominated for Tony award for her acting in Broadway. They probably got separated due to their inability to spend time together because of their work. Aidan was in love with her during the time while he was shooting for Hobbit in New Zealand.

The Irish actor who was born on 19 June, 1983, is best known for his portrayal of Kili in the fantasy film ‘The Hobbit’ trilogy. After he applied to ‘The Gaiety School of Acting’ when he was 19 years old, he got his career started and appeared in several theatre plays like ‘Romeo and Juliet’ and ‘A Cry from Heaven’. Besides big screen movies, he has played in numerous hit TV series like, ‘Being Human’, ‘Poldark’, ‘Hattie’, ‘And Then There Were None’, etc.