Which upcoming movies and TV Shows have actor Mark Wahlberg signed and featured in? 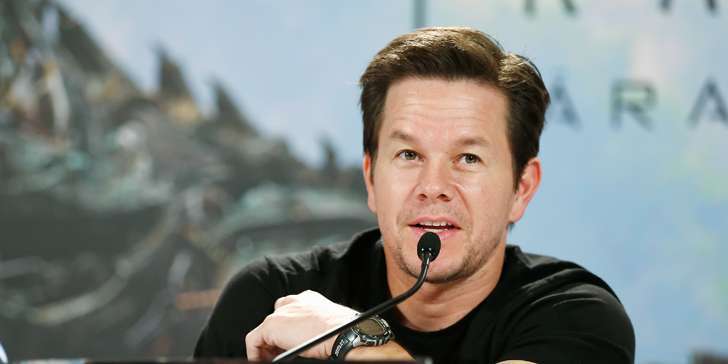 Three Kings, The Departed, Boogie Nights, The Fighter and The Other Guys are top 5 movies of Mark Wahlberg till date. American-born 44-year-old Mark Robert Michael Wahlberg who was also called The digger from the movie Boogie Nights has signed for his 8 upcoming movies.

Some the names of Mark's upcoming movies are  Daddy's home 2, The Disciple Program, Transformers: The last Knight, The Six Billion Dollar Man, and Untitled Basketball Movie. Actor and Former rapper Mark grew up the youngest of nine children in a working-class Irish catholic family in the Boston district of Dorchester and when he was 11 his parents divorced.

Notice anything unusual in this photo?

By 13 Wahlberg had a habit of having cocaine and other drugs and at the age of 15 civil actions was filed against him for his involvement in harassing children and shouting racial epithets. He first came to fame as the younger brother of Donnie Wahlberg of the successful boy band New Kids on the block. However, Wahlberg quit only after staying three months in the group.

In 1993 he made his acting career started in the TV film The Substitute after this he dropped the 'Marky Mark" name. The next year his big screen debut came from the movie Renaissance Man featuring Danny DeVito then he got first starring role in the 1996 James Foley thriller Fear.

In the year 2001, Mark Wahlgberg accepted beautiful American fashion model Rhea Durham as his wife who has appeared on the cover of several major fashion magazines which are Vogue, Marie Clarie, and American ELLE. She has also walked in Victoria's Secret fashion shows. Earlier, he used to date former child actress Soleil.

Some of his siblings are Donnie, Robert, Paul. After being married to Rhea they have got four children Ella Rae, Michael, Brendan, and Grace. Mark has also served as executive producer on some tv show like Entourage and In Treatment at Boardwalk Empire. After a great dedication and struggle, Mark  Wahlgberg   now stands at the net worth of $225 million.