When Russell Wilson & Ciara going to be a husband and wife 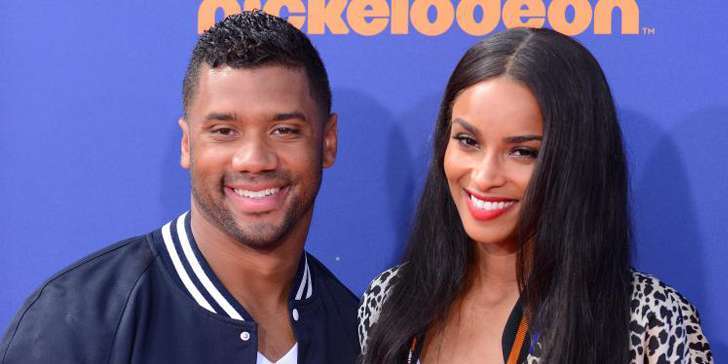 For all those fans of the Seattle Seahawks Russell Wilson and the most beautiful model Ciara, listen up for this. Russell, now 27, and Ciara, now 30, will be going for a union VERY soon. The couple, having already been officially engaged, has exclusively made it known about their weddig plans and how they are planning on having it before the NFL season kicks off.

It has come to light that the Seattle Seahawks no. 3 is extremely delighted over his engagement with Ciara, who has an estimated net worth of $16 million, and earnestly wants the weddig to be in the summer of this year. Of course, he is a fantastic player and the game means a lot for him so he has made it clear that he will wind everything up within June or July to get his head and body in the game when the NFL season begins in August. It seems the couple isn’t of the procrastinating type because if they were to do so and not get married this summer then it would most definitely roll over to the February of 2017, which they don’t want.

There is something with this couple right here that you don’t get to hear every other day. Russell and Ciara have promised of celibacy until they get married. This means no sex until they put a ring on each other. So, well, maybe they really will hurry up. But all things aside, Russell and Ciara are so very deeply in love that they barely need any such reasons at all. As far as children are concerned, Ciara is planning on changing the name of her only child from her ex- Future to Russell Wilson Jr.

Sources have said that Russell, with an estimated net worth of $27 million, is looking forward to be a married man ‘ASAP’. After a quick engagement Russell is now set to unveil his weddig timing plans to Ciara and complete the weddig. But given the circumstances and his intentions, we really hope that Ciara turns out to be an understanding bride-to-be because she might not get the time to select the best weddig spot for them, to get the best designer weddig dress, the best weddig flowers, and everything else if she doesn’t want to stay single even by the February of 2017.

Now it is all up to Ciara if she can wait until the NFL season gets over or just have the weddig this summer before the season. Even if her choice makes her frown, she can just turn to her hand and convince herself for now with the gargantuan rock on her finger. The football star flooded Ciara with joy with one of the most beautiful engagement rings in quite a time at the engagement. The sheer size shows his sheer love for her. Now, it’s up to her to decide if she agrees on uniting with her love now or wait until February.