Wheel of Fortune's Vanna White's Net worth in 2017, Details About her Career and Married Life 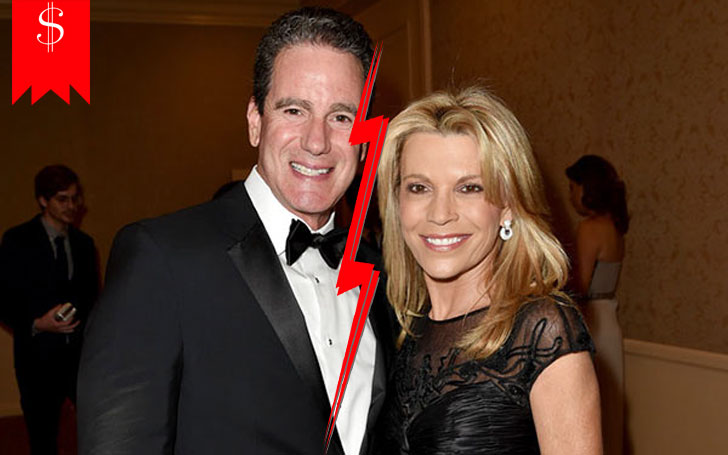 Vanna White best recognized as the hostess of Wheel of Fortune is also an American actress who has done movies like Naked Gun 33?: The Final Insult, Double Dragon and Graduation day. Also, she has done TV shows such as Simon & Simon and The A-Team among others.

The May 1987 Playboy's cover girl is now 62-year-old, but just as charming as ever. In her decades-long career, Vanna White sure did earn name and fame, but she also earned money. We're discussing White's net worth, salary and everything money-related to her here!

Wheel of Fortune's Vanna White’s Net worth, Salary, And House

Vanna White who is considered as a television icon as she has been ruling the puzzle board in Wheel of Fortune since 1982. As of 2019, White's estimated net worth is an estimated $70 million, according to celebrity net worth. And her annual salary as the co-host of Wheel of Fortune is $10 million per year.

In the year 2013, the renowned media personality was paid around $4 million from the show.

As some sources state, she owns a home in Beverly Hills, California, however, the exact price of the house is yet to be mentioned but we do know that this was her childhood dream as in an interview she said:

“I wanted to be in a show business from the time I was 10 years old, I remember turning the TV on and there was a TV show called Rat Petrol and my mother said that’s your uncle Christopher George, I thought “ WOW! My uncle is on TV I wanna be on TV”.

Well, Vanna White is now a celebrity, and we're guessing she's really happy! In 2015, she had $15 million net worth. White earns annually over $10 million collects from TV shows, endorsements, and commercials. In 1993, She received $403,000 the lawsuit settlement with Samsung Electronics America, Inc.

The actress played many breakout roles in hit movies. In the year 1981, she was a cast in the movie Graduation Day which was the biggest hit at the box office racking up over $23.8 million against $250 K budget.

In 1992, Vanna White was mentioned in the Guinness Book of World Records as the ‘television’s most frequent clapper’. It’s believed she clapped around 600 times per show. And she has also been the spokesperson for Lion Brand. Vanna White also has a Hollywood Walk of Fame to her credit. After such a long career in Hollywood, she totally deserves the title.

Vanna White has faced many difficulties in her life but being the strong and independent woman that she is, she has faced everything with strength. Her personal life is unlike her successful professional career. White lived through her fiancé passing away, she went through a miscarriage and even divorce.

After facing all the challenges she started dating John Donaldson in 2012 and seems that she is having a great time with him.

In her interview with Closer, she stated:

“He is kind, understanding and lets me be me.”

“The biggest surprise to my fans is probably how simple I live in real life, I’m a real down-to-earth girl. I usually spend my days without makeup, wearing tennis shoes. I love the outdoors. I love waking up early when it’s quiet, going out on the balcony to hear the birds sing.”

#Lunch with my man!

Now that Vanna has found a man that she states keeps her happy, we believe, after all those struggles White lives a content life.