What's Valerie Jarrett Net Worth? Know about her House, Career and Salary 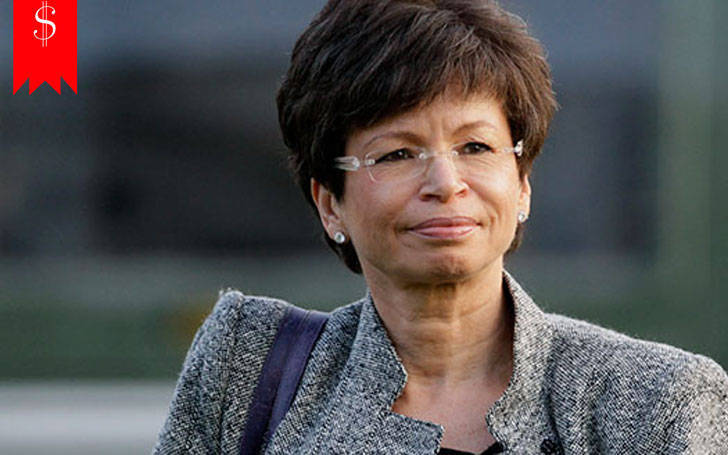 Valerie June Jarett is an African American government official who served as the Senior Advisor to the President of the United States and Assistant to the President for Public Engagement and Intergovernmental Affairs with Barack Obama.

She is also a businesswoman, lawyer, and a civic leader and has even worked as a co-chair of the Obama-Biden Transition Project.

Valeria Jarrett’s Net worth, salary, and source of income

Valerie Jarrett has served as a chief executive of Habitat Co., one of the Midwest’s largest property management firms previously. Her net worth is estimated to be in the range of $3.3 million to $13 million. She served as a senior Advisor to Barack Obama during his tenure.

Jarrett’s salary was reported to be about $172,200 per year equal with other Advisor including Dan Pfeiffer, Jay Carney, Christopher Lu and David Plouffe working as a Senior Advisor. Barack Obama had proposed to increase the taxes on high-income earners in 2012. However, this would be beneficial to her and would have to pay even low tax.

Taking my last walk around the grounds. Will be watching from outside the gate after tomorrow as a citizen. pic.twitter.com/U1RymmK34w

Jarrett still earns as compensation from the Chicago Transit Authority. She served as a chairwoman handpicked by Mayer Richard Daley. Prior to these, serving for White House was the other source of her net worth.

Valerie Jarrett’s eight years working for White House has recently ended with the exit of Barack Obama. She expressed her moments working as a Senior Advisor in an interview where she also mentioned about the marriage equality.

Jarrett has decided her future after White House. She recently signed with Hollywood talent Agency, CAA where she will be represented in public speaking engagements.

Jarrett’s daughter has been hired by CNN in January 2017. CNN reported that Laura Jarrett has been assigned to cover the Justice Department in 2017.

She was hired since September 2016 but was announced formally in January 2017. However, Laura has never worked in journalism.