India has seen an alarming case of coronavirus outbreak since early March. The reported new infection on April 18 alone was 273,810. Sunday saw another new record when the country racked up 3,92,488 new cases in just 24 hours, up from six percent than the latest daily spike.

But was India warned beforehand about this worst outbreak? What has caused the resurgence of the virus in India? More details below!

Scientist 'Warned' Indian Government But They 'Ignored' The Warning

An exclusive report from Reuters suggests that Indian governments were indeed notified of the possible resurgence of the virus. A "forum of scientific advisers" had informed the officials about the new variant in early March but despite receiving the crucial information, scientists were shocked to see the federal government disregard for the contagious variant and instead began loosening lockdown restrictions.

Prime Minister Narendra Modi went on to hold political rallies and people gathered for religious festivals without following protective measures. Moreover, ten of thousands of farmers camped on highways on the outskirts of New Delhi, now a hotspot of the outbreak, to protest Modi’s agricultural policy changes. 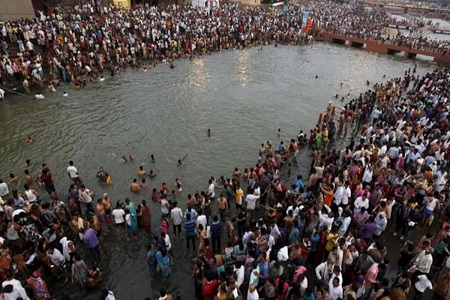 The coronavirus caseload in India has reached over 10 million, with the total death toll now more than 215,000.  Indian SARS-CoV-2 Genetics Consortium, or INSACOG, had issued the warning about the B.1.617 variant of coronavirus to top officials, which would have then reported to the prime minister, as per one of the scientists, the director of a research center in northern India.

It is still not known if the findings were actually provided to Modi. The INSACOG was formed as a forum of scientific advisers in late December in order to detect the genomic variants of the coronavirus, which is done in 10 national laboratories. The researchers first detected the B.1.617 variant in February and shared the findings with the National Centre for Disease Control before March 10. 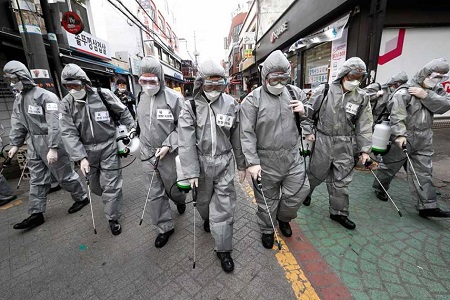 It was then shared with the Indian health ministry. The ministry made the findings public on March 24, nearly two weeks after receiving the draft from the INSACOG, excluding the "high concern" word in the statement. The draft prepared by INSACOG mentioned that the two significant mutations called E484Q and L452R were of “high concern" and had been traced in 15% to 20% of samples from Maharashtra.

Scientists say that the number of infections and real death tolls is likely much higher than the reports given by the Indian government. Local media found 689 bodies buried or cremated under COVID-19 protocols in just one day in mid-April in the western state of Gujarat. However, only over a 10th of those deaths appeared in the tally of the government. 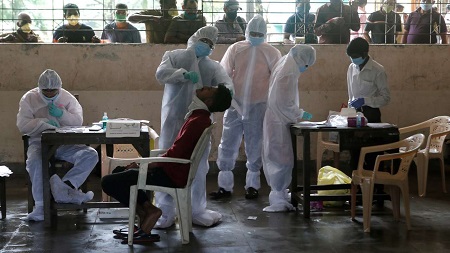 CAPTION: Shortages of oxygen, beds, medicines, vaccines, and even doctors and nurses have led the country to mourn with the death of thousands each day SOURCE: Outlook India

Such discrepancies in official death tolls and infection rates to the actual data are being reported in several states of India. "Somehow the numbers are not getting recorded or not shown or getting missed. India always had a poor record of maintaining these things," Dr.Aniket Sirohi, a municipal health official in south Delhi, told NPR.

Another allegation that has come to light these days is manipulating the case numbers. "We are told, 'You shouldn't be doing more than this much. In fact, in a good number of cases, the question is asked, 'Why is your laboratory reporting more positives than other local laboratories?," Dr. A. Velumani, who runs a nationwide chain of medical labs called Thyrocare, said. 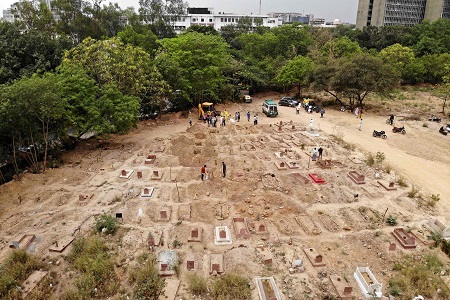 CAPTION: Heartbreaking image of Indian cemetery after death toll reaches 222,408 with nearly 7k death each day since the last week of April 2021 SOURCE: The Washington Post

More than 400,000 new cases were reported in May, the death tolls have crossed 200,000 up until now and the hospitals have been overwhelmed with infected patients leading to shortages in oxygen, beds, medicines, and vaccines. However, John Hopkins University data finds the overall death tolls to be lower in comparison to the United States, Brazil, and Mexico. But considering the cremated bodies, scientists suspect the real data of the death and infection number from Coronavirus to be much higher.