What has singer-songwriter Ashlee Simpson to say about her plastic surgery? Find out 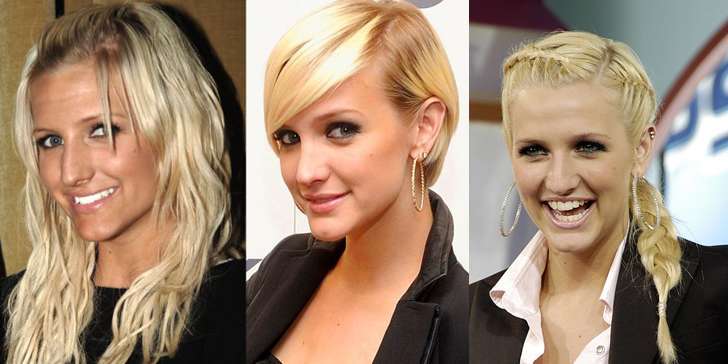 The American singer -songwriter and actress Ashlee Simpson has admitted the fact that she went through a plastic surgery. After she crafted her own path in the entertainment world, she crafted her body parts with this plastic surgery. If we see her pictures, before and after the surgery, we can find a very significant change - especially in her nose.

Before surgery, her nasal bridge was convex. However, due to this rhinoplasty surgery,  it seems as if her nose was straightened. She made her nose more refined and pointed which gave her face a very sophisticated touch.

Ashlee looked beautiful even with her natural face that she had

It’s not that she didn’t look beautiful before but she looks much more gorgeous now. She has been a beautiful and famous celebrity even before she gave her news a new shape

She inadvertently timed her surgery with an issue of ‘Marie Clarie’ magazine which made this common surgery a bit more complicated. In an article in that magazine, she talked about the need to love our bodies as they are.

Ashlee - ''Surgery is not something that anyone should rush into''

At this moment we all are used to her new nose and chin about which Ashlee was warning her fans to be careful before doing it. She mentioned that this was a personal thing but it’s not something that anyone should rush into and once it’s done we cannot undo it. A majority of celebrities has done this but Ashlee praised the joy of loving the looks that god has given to us.

Ashlee also said ''This is all about feeling comfort with our skin that gives us long-lasting happiness and excitement''.

Ashlee, who told that she didn’t think she was more beautiful than she was before, said that as long as people have two eyes they probably know the answer. She was born on 3rd October 1984 in Waco, Texas and started her career from 2001.

Her debut single, “Pieces of Me” became a top 5 hit in the United States and even topped the Billboard Mainstream Top 40 in 2004. She married Pete Wentz in 2008 and after their divorce in 2011, she married Evan Ross in 2014. Now she lives with him and her two children.