What are the new songs and albums of "The Kiss" singer Carly Rae Jepsen? 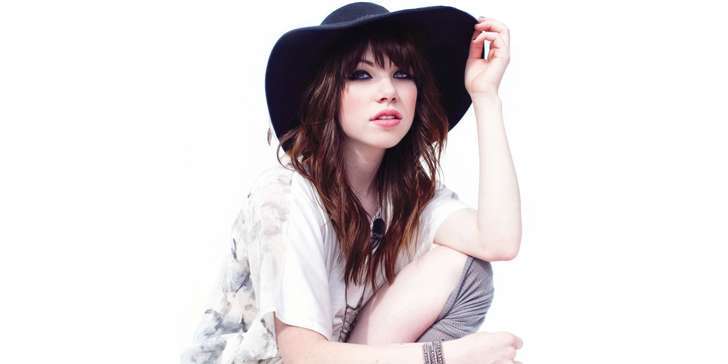 She dropped her third studio album in 2015 and it looks like the singer is busy with the tours and concerts for this year. She did shows in places like The Venetian Theatre and O2 arena London this year which shows her level of fame. She appeared on Hedley Hello World Tour Live 2016 and attended Hedley Concert in her own city of Vancouver.

She was also the part of Gimmie Love Tour Terminal 5, NY where she was given the opportunity to do the opening act. Moreover, Jepsen recently attended Pitchfork Music Festival 2016 one month ago where she performed "Run Away With Me" and she attended a concert in O2 Arena-London. So it looks like 2016 is the year for concert and music festivals for Carley and we hope she drops her new album soon.

Career History and Success from "Call me Maybe"

Canadian Idol's  runner up for the year 2007 , Carly is a Canadian citizen from British Columbia who later settled in Vancouver to pursue her musical career. She is a singer and lyricist who best known for writing groovy lyrics and funky songs.

Her first independent album called Tug of War was released in 2008 which could not make a huge impression on the audiences but later in 2011 she released her second studio album named "Call Me Maybe" which turned out to be an instant success. She released two back to back albums in 2011 and 2012 and her second album Kiss received huge appreciation which helped her to be established as a singer.

"Call Me Maybe"  became the best-selling single of the year 2012. The song became an anthem of the year after it became top chart song in eighteen countries including the USA, UK, and Canada. The song calls me maybe was an instant hit for its catchy lyrics and funky music and the song was most probably admired by all believers as Justin Bieber posted the song on his Twitter for the promotion of his fellow Canadian national.

Her third album dropped in July of 2015 which was heavily inspired by 80's music. Her third musical collection named Emotion, featured Superstar Actor Tom Hanks in a song called  "I Really Like You" . She sold more than 20 million records on the releasing month of Emotion which was listed in top 5 UK's chart  and top 15 on Canda's music chart.

Previously, the singer who has the net worth of 20 million USD now, confessed that she used to work for low-end jobs to support her bachelor's level studies and has worked as bartender and waitress for some restaurant in British Columbia where she lived.

Other than securing the third position in Canadian Idol, Jepsen has received multiple awards like AMA and has been Teen nominated  for Teen choice awards some other honorable mentions include three Juno Awards along with a Billboard Music Award in 2012 where she was awarded The rising star award.