What are the movies and TV shows that actress and singer Aurora Perrineau have featured in? 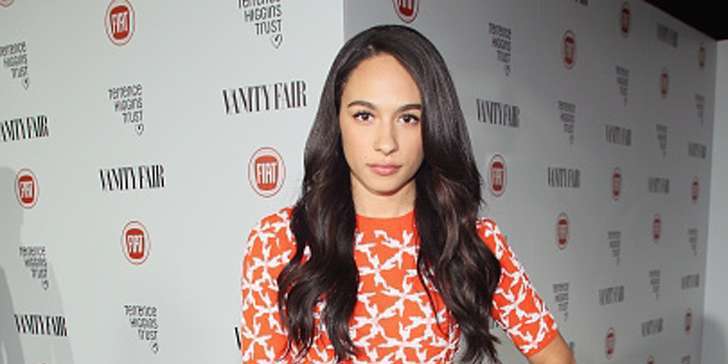 Aurora Perrineau, who appeared in four movies last year, ( 'A House is Not a House', 'Equals', 'Jem and the Holograms' and 'Freaks of Nature'), is going to be a star of a new movie 'Passengers' this year. The Daughter of actor Harold Perrineau, Aurora has previously appeared in a movie called 'Air Collision' in 2015. Besides big screen movies, she is also famous for her role in various television series like 'Pretty Little Liars' in 2011, 'Newsreaders' in 2014 and 'Chasing Life' in 2015.

Aurora and the ‘Pretty Little Liars’

Perrineau started being serious about acting since 2010 when her family landed in Los Angeles. According to Aurora, she first quit acting when she was just 4 years old in her pre-school. She started her career from a popular TV series 'Pretty Little Liars' written by Sara Shepard. She played only one episode in the role of 'Bianca' before playing the role of Radhika Darshan in a movie 'Air Collision' This film was directed by Liz Adams and released on March 27, 2012.

The Busiest Actress of 2015

After two years of gap,  Aurora played in an American Television comedy, 'Newsreaders', where she played the role of Hilary for an episode. In the year 2015, Aurora was one of the busiest actresses as four movies of and a TV series of her was released last year. She starred in a horror movie called 'A House is Not a Home', where she played the role of Ashley Williams

‘Jem and the Holograms’ and the Criticisms

The 21 years old actress played in 'Jem and the Holograms' for which she was criticized by some 'racists', who insisted that she wasn't black enough for the role. The movie is an American musical fantasy drama film, directed by Ryan Landels, in which Aurora has portrayed the role of Shana. The movie was released on October 23, 2015. On October 30 of the same year,  an Oren Uziel American comedy horror film called 'Freaks of Nature' was released where Aurora played the role of Vampiress.

Aurora, who don't have any boyfriend till date, was a part of four episodes of an American TV drama series 'S2' the previous year. Recently, she is working for her upcoming Science Fiction film directed by Morten Tyldum and written by Jon Spaihts. The movie is prepared to be released on 21 December 2016 by Columbia Pictures. Perrineau will be seen in the role of Jennifer Lawrence's character's best friend Celeste.