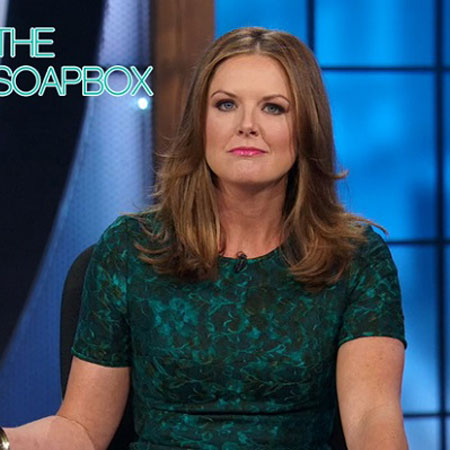 Wendi Nix is an American anchor who is best known for her works for ESPN. She covers NFL and College Football games from the New England area. She joined ESPN in August 2006 as a sports anchor and reporter. Wendi Nix made history in 2009 becoming the first woman ever to host the Walter Camp Football Foundation All-American Awards.

Prior to joining ESPN, she worked for WHDH in Boston, Fox Sports Net, and NESN. She has covered major NFL events including the Scouting Combine, NFL Draft, and Super Bowl.

The renowned TV personality is a married woman. She exchanged the vows with a trader, Joe Ritiche, in 2016.

Wendi Nix was born on 17 September 1974, in Murrells Inlet, South Carolina. Wendi is American and of White-American ethnicity. Her father was a Football coach at the school and college levels.

She was raised along with her brother. Wayne Nix was a high school football coach and athletic director. She once revealed that her earliest memories are in and around the football field with her dad.

I am six years older than my brother, so as a young coach with only one kid, my Dad brought me along to practice.

Nix also said that her parents attended her high school games even when her father left coaching. Nix studied at Socastee High School in Myrtle Beach, South Carolina. She graduated from high school in 1992. In 1996, Nix received a BA in French and Economics from the Wofford College in Spartanburg.

In 1997, Nix earned her master's degree in sports management from the University of Ma s sachusetts-Amherst. Nix was a two-year captain of the golf team when she was at Wofford College.

Journey of Her Journalism Career

Wendi Nix started her career with ESPN as a reporter and host in 2006, covering college pro football and golf. She hosts College Football Live and NFL Live. She also regularly contributes to Sunday NFL Countdown, College GameDay, and Sports Center.

Before working for ESPN, Nix served as a weekend sports anchor for WHDH in Boston from 2003 to 2006. She also previously served as a reporter for Fox Sports Net, NESN, and WPDE in South Carolina.

As for now, Nix has been hosting ESPN2’S pre-halftime and post-game parts on college Football Saturdays since 2010.

The exact net worth of Wendi Nix has not been disclosed but sources have estimated that it's not less than $2 million. Her annual salary is near $85K, as per some online sources.

As for her salary, while working for Fox Sports Net, she was making $35,000 per year. She is in her mid-forties and yet considered to be one of the stunning and talented sports anchors.

Wendi Nix is a married woman and mother of two children. She has been married twice in her life. She first married Ben Cherington, the general manager of the Boston Red Sox. The couple divorced just after a few years of marriage.

She had revealed her divorce with Cherington in a 2010 interview with Myrtle BeachTribune. The former couple shares daughters. The major reason for the split is still a mystery. They resided in the Boston area before parting ways.

LAter in 2016, Nix got married to a trader, Joe Ritchie. The two are now raising their two daughters together.