Wayne Cochran, 'Last Kiss' Soul Singer, Dies At 78, Services Will Be On December 2

The FLAMBOYANT US Soul singer Wayne Cochran died of cancer at his Florida home on November 21, 2017, aged 78. His son Christopher Cochran confirmed his death.

Services for Cochran will reportedly be conducted at Jesus People Ministries, 4055 NW 183rd Street, Miami Gardens from 11 am to 1 pm on Saturday, December 2.

Soul singer Wayne Cochran died of cancer at 78 at his home in Miami, Florida

The Last Kiss singer, known as White Knight of Soul, began his career in music in the '50s and gained a huge fame after his classic car crash ballad Last Kiss released in 1961. Later in 1998, the song was covered by the singer Pearl Jam which took a worldwide fame and also became the band's biggest chart hit.

Cochran became a headliner in Las Vegas in the '60s after the release of Last Kiss. According to the Washington Post, Cochran was famous for his dance moves including slides, spins and a signature sideways shimmy across the stage on one leg. 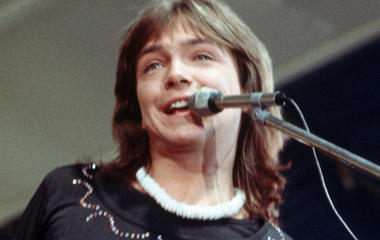 The Blue Eyed soul singer Wayne Cochran, who died at 78, in his active days

Cochran was born Talvin Wayne Cochran on May 10, 1939, in Thomaston, Georgia. He used to be a great admirer of the classic soul showmen James Brown and Otis Redding.