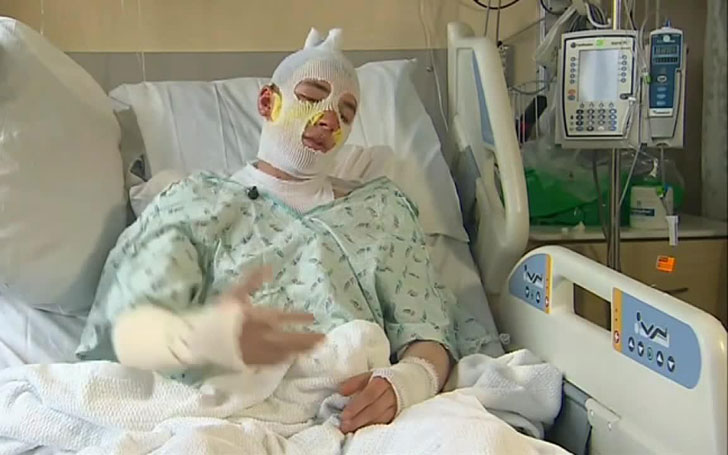 A heroic Washington man was burned severely after he ran into the fires saving to his 8-year-old niece.

A fire broke out inside a three-story home in Aberdeen at around 4 a.m. last Thursday after which Derrick Byrd, 20, went into the house, engulfed in flames, to save his niece Mercedes and nephews Junior and Rory to safety. 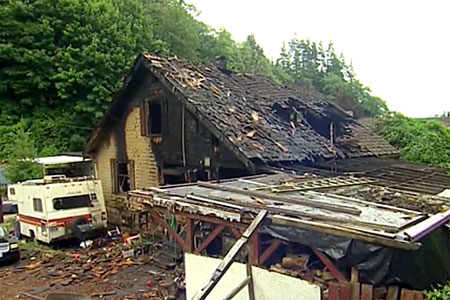 CAPTION: The house after a massive fire on early Thursday morning SOURCE: People

Byrd, who is recovering in a hospital, told 14 News he and his sister Kayla Johnson were forced to get the children out through the window of the second floor of the house. He added,

I ran down the stairs, even though I got burnt, started catching the kids. I caught Junior, and I caught baby Rory out the window.

It was when he realized his niece, Mercedes was still inside the house. He added the girl was trapped inside a burning room and was too scared to jump. Byrd said further,

I ran up the stairs and pushed through the fire. I could feel it burning me. I got her and took my shirt off and put it around her face, so she wouldn't breath in any smoke. I just carried her out as fast as I could.

Along with Byrd, Mercedes and Junior are in serious condition in the burn unit of Harborview Medical Center.