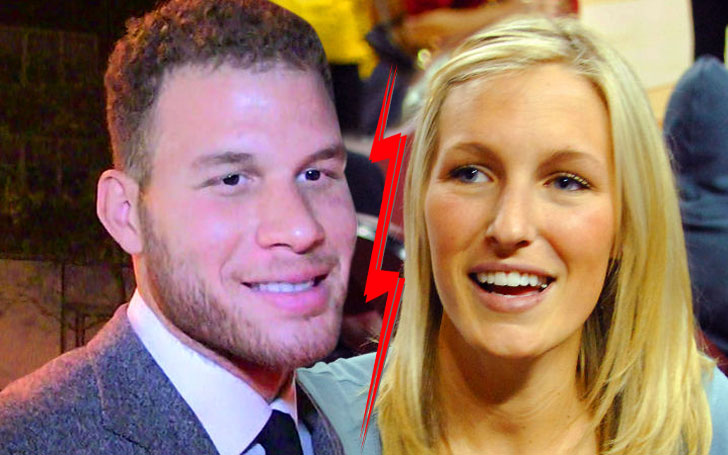 Blake Griffin and Brynn Cameron were all over the news a year ago for having a baby girl, and now after a year, they have made it to the tabloid headlines again. This time, the reason is entirely different though.

The couple has been in the limelight after they called off their engagement in July 2017. However, many of the people aren’t still aware of the reason for their split. Also, many of them speculate that Blake’s alleged girlfriend the Kardashian/Jenner gene, Kendell Jenner is responsible for the split!

Is that true? Why did Blake Griffin call it off with Brynn Cameron? Has Kendell Jenner anything to do with this?

Why Did Blake Griffin and Brynn Cameron Call Off Their Engagement?

No exact reason for their split up has been made public. Sources claim that they are still good friends.  They plan to take care of their two children, Ford, 4, and daughter Finley, 12 months, together so they are in good teams.

Blake and Brynn broke up in July, They ended things on good terms and they are still friends while raising their son and daughter.

Well, this is what their publicists and their reps have to say.  But, speculations were going on about Blake having split from his former fiance Brynn Cameron because of Kendell Jenner. Is this true?

Because they were spotted after few weeks of Blake Griffin and Brynn Cameron's separation, many speculations were going on Kendell being the real reason for their split.

Blake Griffin and Kendell Jenner spotted on a date night

Well, some sources claim that they were doing fine and somewhere Kendell is responsible for their split. In the words of the ''source'' itself.

Brynn never saw this coming. She and Blake were fine; they weren't fighting. Brynn doesn't think it's a coincidence Kendall swooped in when she did. It's like she doesn't even care that she's tearing this family apart!

Well, whether or not Kendell who is suspected to be dating both Blake and A$AP Rocky, is the real reason behind their split, we for sure know that Blake has moved on way too soon than any of us ever imagined.