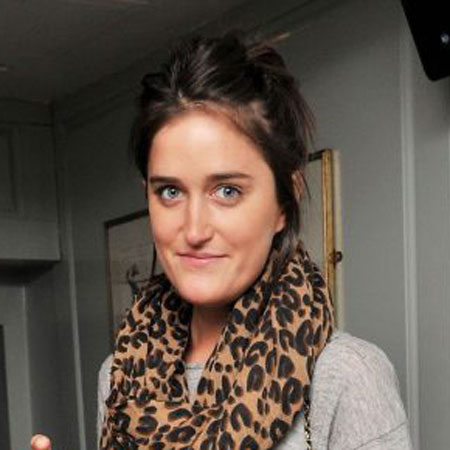 British Socialite and PR director for Ralph Lauren, Violet von Westenholz, is popularly known as the one who set up Prince Harry and Meghan Markle on a blind date. Westenholz currently works for two giant fashion house, Ralph Lauren, and DOLCE&GABBANA.

Violet von Westenholz was born in England. Westenholz is British and belongs to Caucasian ethnicity. Her father Baron Piers von Westenholz, a former Olympic skier is a good friend of Prince Charles. Wastenholz has a sister, Victoria who is married to Thomas McCall (works in online gambling industry).

Violet von Westenholz started her career in 2006 after joining Purple PR as UK Press Manager DKNY. She left the company in January 2008. The same month, Westenholz joined Mulberry Company (design) Ltd. as a UK Press Manager where she worked for more than two years.

In April 2010, Westenholz started working in Bulgari, Italian jewelry and luxury goods brand as a UK PR Manager. A year later, she joined Bottega Veneta as a UK Communications Director.

As of now, Westenholz is currently working in DOLCE&GABBANA, Italian Luxury house (joined in April 2015) as a PR Account Director and Ralph Lauren, American corporation (joined in February 2016) as PR Director.

Violet von-Westenholz is unmarried and has no children. Westenholz was once rumored to be dating with James Blunt, a singer. However, both of them never confirmed the rumor.

Westenholz rose to fame after she set up the royal couple, Prince Harry, and Meghan Markle on a blind date.

Westenholz and Harry have been close friends since their childhood. Whereas, she became close to Markle after meeting her in the shooting promo for Ralph Lauren.

Wastenholz is now known as the matchmaker of Prince Harry and Meghan Markle who are soon to marry. Harry spoke about his first date in an interview with BBC,

I’d never, never even heard about her until this friend said ‘Meghan Markle.’ I was like, ‘Right okay, give me, give me a bit of background, like what’s going on here?’ When I walked into that room and saw her and there she was sitting there, I was like ‘Okay, well I’m going to have to really up my game here.

The couple fell for one another and went to Botswana to spend some time together away from the world to know more about each other. Eventually, they announced their engagement and are soon to get married.

Violet von Westenholz has an estimated net worth in six-figures. However, the exact amount is not confirmed yet.