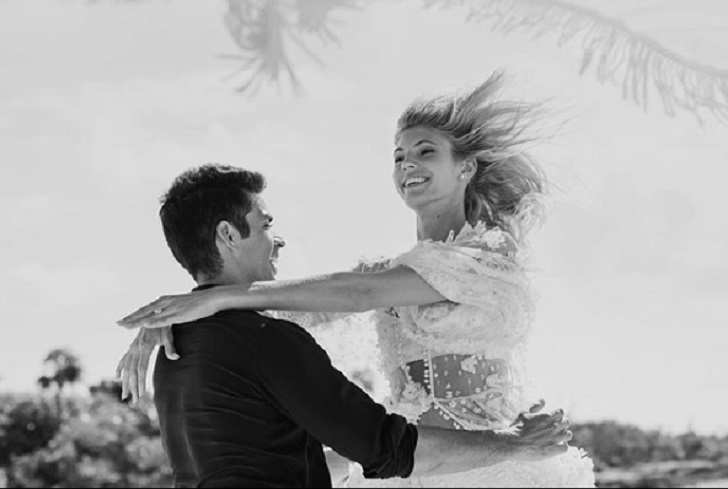 Devon Windsor, 25, said "I Do" to her fiance of a year Barbar on November 16, 2019. The wedding ceremony took place in St. Barts with the presence of many famous faces, including Georgia Fowler, Shanina Shaik, Olivia Culpo, Cara Santana. 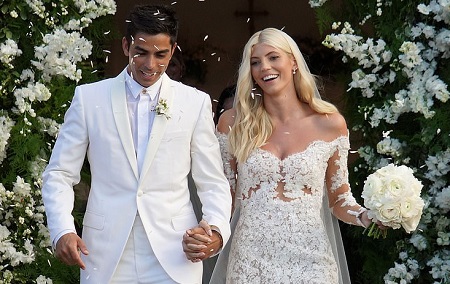 The bride looked ravishing in her intricate beading and peek-a-boo material gown whereas, the groom stunned everyone in a cream-colored suit.

The excited Devon Windsor teased about the nuptials a day earlier via social media.

A big congratulations to the new weds.

Their Journey So Far

Windsor and Dex first started dating on March 16, 2016, and made their relationship public on May 6, 2016, via Instagram post. The pair has always showcased their love for each other on social media, and fans can't get enough of them.

After dating for two years, the duo got engaged in June 2018. Dex proposed in Angel in the most romantic way possible. He set up an Arial shot of “WILL YOU MARRY ME?” spelled out on a beach in the Bahamas.

The making of my dream proposal!! My official engagement video is finally here! Make sure you click the link in my bio or see my IGTV to see the full video on everything that went into planning this! Thank you to my amazing fiancé who made this all happen! I cannot wait to marry you! @johnnydex

Windsor revealed her engagement on Instagram with a caption: “I’ll never finish falling in love with you," on the other hand, Dex wrote, “Never alone again…I adore you."

“Devon and I follow each other on Instagram, so she and I were DM-ing a little about rings, but really he [Johnny] took over the entire process. The ring was a surprise for her. He designed it, he picked out the diamond, so he gets all the credit for the ring being beautiful.”

She also revealed that the rock took one month to complete.

“I was looking for a few months to find the right diamond and then, when we found it, the setting, design, was his concept. He wanted this open, floating design, and we came up with what you see now.”

“It was handmade by my master jeweler here in New York City, and they hand-set 171 round diamonds, so there’s no piece of the ring where you can really see the platinum. It just looks like diamonds everywhere. From every angle it’s breathtaking.”

Who Is Devon Windsor's Husband?

Though being a partner of a popular model, very little is known about Dex. He is active on social media but rarely talks about his personal life.

There is nothing revealed about Dex's profession, as per the reports, his sister Alexis Barbara Isaias is the founder and creative director of “Alexis,” which is a U.S.-based fashion label. 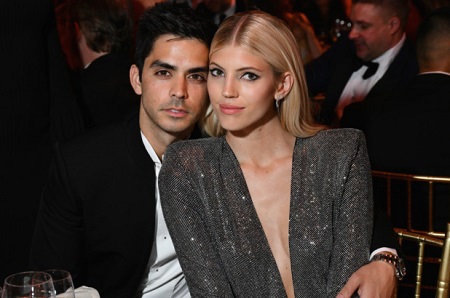 The company is a high-end womenswear line established in 2008 by mother-daughter team Ana and Alexis Barbara.

Devon is often spotted wearing the gown form the brand as mentioned above.