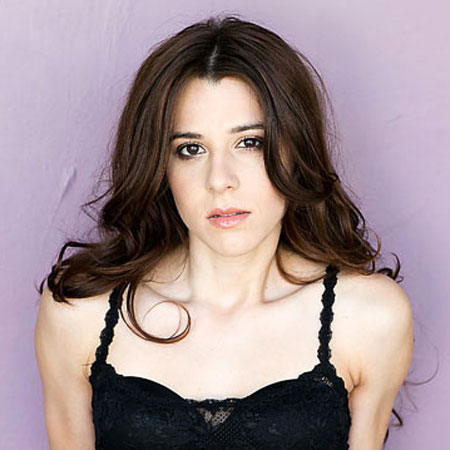 Choice Award nominated actress, Victoria Atkin, is a young American actress better known for her role Jason Costello in the soap opera Hollyoaks (her debut TV series). Atkin played the role of a transgender in the TV series for which she won the Transgender Zone Television Award twice.

Atkin also appeared in Holby City and The Girl’s Guide to Depravity. In 2015, she debuted in the big screen from the film, The Downside of Bliss. She also worked in video games including Assassin’s Creed Syndicate and Horizon Zero Dawn.

Victoria Atkin was born on 28th December 1986 in Farnborough, Hampshire under the birth sign Capricorn. Atkin is British by nationality and belongs to Caucasian ethnicity.

Atkin attended Fernhill School and Language College. In 2008, she studied Dance and Theater Performance at The University of Chichester. The following year, she did her post-graduate course in Musical Theater at the Central School of Speech and Drama.

Victoria Atkin, at the initial phase of her career, appeared in the touring stage production of Cinderella. Atkin made her TV debut in 2010 from British soap opera, Hollyoaks created by Phil Redmond sharing the screen with Jennifer Metcalfe, Kieron Richardson, Jorgie Porter and Stephaine Davis among others.

For her role in the TV series, she has been also nominated for TV Choice Awards. She was even awarded by Transgender Zone Television Awards twice for Best Newcomer and Best Serial Drama Performance.

Two years later, she worked in BBC’s medical drama TV series, Holby City starring Rosie Marcel, David Ames, Camilla Arfwedson and Chizzy Akudolu among others. In 2012, she acted in comedy-drama series, The Girl’s Guide to Depravity created by Heather Rutman. Particularly, she is popular for her role in Extinct as Feena. She shared the screen with Jaclyn Hales, Chad Michael Collins, Yorke Fryer and Kirby Heyborne among others.

In 2015, Atkin made her movie debut from The Downside of Bliss as Diana. She also worked in video games like Assassin’s Creed Syndicate and Horizon Zero Dawn.

Victoria Atkin has an estimated net worth around $0.9 million, however, the amount is still under review. As per some online sources, TV stars on average earn between $150k to $1 million. Many of the sources claim that the standard contract for Hollyoaks starts from £50,000 pa.

Victoria Atkin, the young and talented actress, is yet get married. Atkin has not introduced anyone as her boyfriend so she might be possibly single in the present days.

Atkin who played a transgender in reel life is actually straight in real life. She openly supports the trans center.

Atkin was a professional slalom skier and used to play football.

Here is the video, in which Victoria Atkin talks about her transgender role: