Victoria Arlen is an American former Paralympian swimmer, actress, model, speaker, and TV personality. Despite being diagnosed with two rare and debilitating developmental disorders, Arlen became a gold medal-winning Paralympic swimmer and is currently a presenter at ESPN.

Victoria Arlen was born in Boston, Ma s sachusetts on September 26, 1994. Arlen was raised in Exeter, New Hampshire, where she attended the local Exeter High School.

In 2006, at the age of 11, she was diagnosed with two very rare conditions: the first, a rare neurological condition called transverse myelitis which causes the spinal column to become inflamed; the other, a rare autoimmune disease called acute disseminated encephalomyelitis which causes inflammation of the brain and spinal cord.

Arlen was effectively rendered vegetative for four years -- being able to think and feel, but little else. With chances of a recovery slim, doctors had given up hope but she miraculously pulled through. By 2010, she had begun performing basic motor functions and speaking.

At the 2012 Summer Paralympics held in London, mere two years after her recovery, Arlen represented the USA in the women's swimming competition. She won a gold medal in the 100-meter freestyle event, setting a world record time in the process. She won an additional three silver medals in the 50-meter, 400-meter, and the 4×100-meter freestyle relay events. 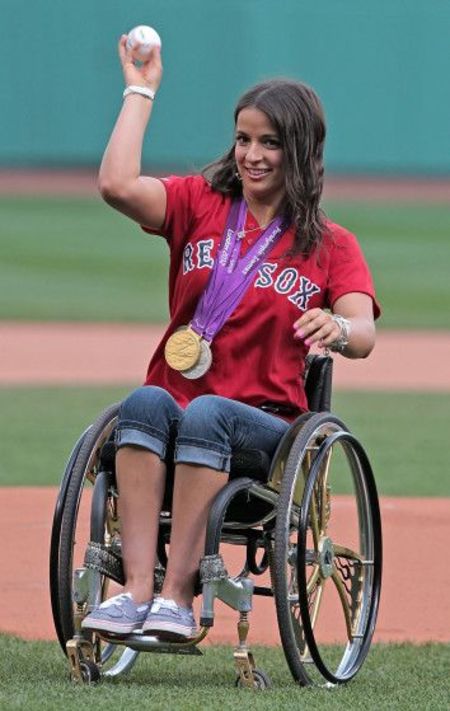 Ironically, Arlen would be deemed unqualified for the Paralympics on account of her miraculous recovery.

She formally retired from performing and transitioned into sportscasting. She joined ESPN in December 2015 and became the youngest on-air talent for the network. A year later, she managed another breakthrough when she learned to walk after being wheelchair-bound for nearly a decade.

Arlen started out as a features reporter for ESPN before being promoted to a more prominent spot as a host and reporter. She is often seen on "SportsCenter Right Now".

Arlen has since ventured into many facets of entertainment and culture. She has dabbled in modeling and acting and is a motivational speaker to people with similar plights. 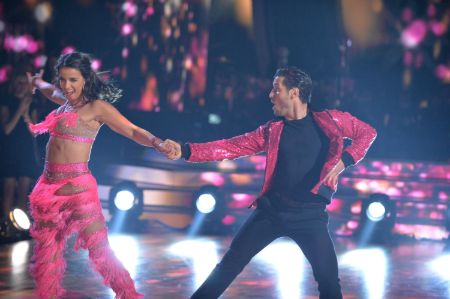 Victoria Arlen with Valentin Chmerkovskiy on Dancing with the Stars SOURCE: Self.com

Not only has she been featured as a guest on talk shows like Access Hollywood, The Ellen DeGeneres Show, and Megyn Kelly Today, but she was also a contestant on the 25th season of the ABC dance competition reality show, Dancing with the Stars. She was paired up with professional dancer Valentin Chmerkovskiy and managed to make it to the semi-finals before being eliminated, ending fifth overall.

In 2020, Arlen was announced as the co-host of the children's sporting competition reality show, American Ninja Warrior Junior.