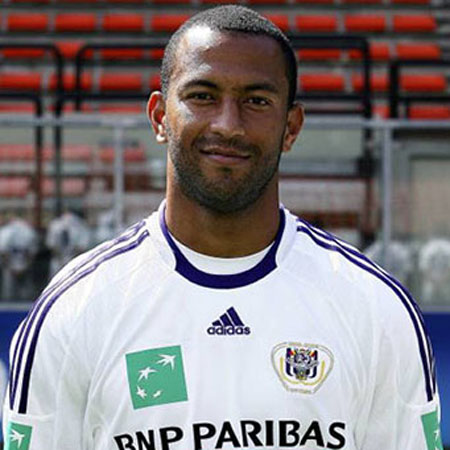 Victor Bernardez, full name Victor Salvador Bernardez Blanco also recognized as Muma was born on 24th May 1982 in La Ceiba a place in F. He is defender of National team of Nation Hondurus. He is recently playing as a defender for his Current Team San Jose Earthquakes of Major League Soccer. He plays as No.5 jersey for his team.

Bernardez started his career  for Sports and Social Life City Club La Ceiba  in Vida. Playing with Vida for nearly a year (2003-2003) earned him a move to a top Honduran club Motagua. he played for Motagua for 4 years (2004-2008). Then he Moved to Anderlecht and played there for 2 years (2009-2011).He was officially loaned to Anderlecht for 6 months in January 2009. He then scored his first goal for Anderlecht on February 7th 2009 against Mons during his second play with the squad .Bernardez was send to Lierse S.K. in January 2011 on a five month loan. Later, again he was sent to Mexican club Indios De Ciudad Juarez on loan where he appeared 11 matches and scored 3 goals for the club and became a key player . In his club career  he was linked with many Major League Soccer teams. From 28th December 2011, He has been playing for San Jose Earthquakes of Major League Soccer. He was named to the Major League Soccer’s Best XI when he scored 2 goals and and recorded one assits in 24 games during his fisrt season with San Jose .

In International football career he made his entrance for Honduras National Team in a March 2004 friendly match against Venezuelan National team  and he earned a total of 64 caps, and scoring 4 goals , as of June 2012. He has played for his team in 23 FIFA World Cup qualification Matches and has played one match at the 2010 FIFA World Cup held in South Africa. He has als played at the 2007 UNCAF Nations Cup and at the 2011 CONCACAF Gold Cup.On 5th May, 2014 he has also been announced among the 23 players who will be playing Hondurus national team in the World Cup 2014 being held in Brazil.

Bernardez’s spouse name is Wendy Salgado, Ex-miss Honduras.They have a  daughter . He 1.84 m (6ft 2 in ) tall in Height and have favorable body Weight.

While playing for Motagua club he served his team by winning Apertura 2006-07 in Honduran Liga Nacional . In his career with Motagua, they also won Copa Interclubes UNCAF in 2007. He also represented his ex-team Anderlecht as a winner of Belgian Pro League  2009-10. As as current squad of San Jose Earthquakes they were entitled for MLS Supporters Shield 2012. He  is paid 100,000 USD since 2012.