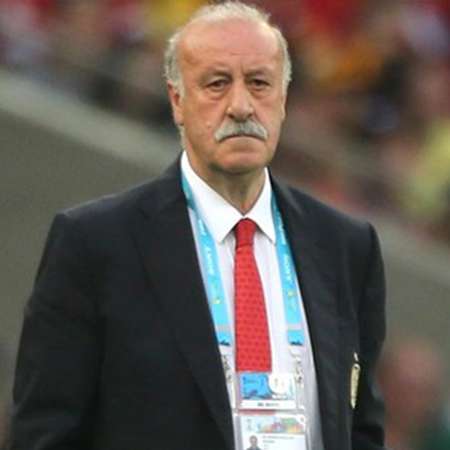 The Spanish Coach, Vicente del Bosque Gonzalez, is also a former Spanish footballer. His Date of Birth is 1950 December 23, born at Salamanca, Spain. He is Spanish by nationality. He has the height of 184 cm. Vicente’s father was a railway worker. Vicente del Bosque is married to Maria de la Santisima Trinidad “Trini” Lopez. This couple has three children, two sons, and a daughter. One of his sons has got Down syndrome. There is a record of his salary statistics but there is no doubt that he has an impressive net worth. ProSoccer24 is the agent of this coach.

Vicente del Bosque is a former defender in the Spanish Team. He started his football career from the year 1969 with plus Ultra. He began his youth career from his native club Salmantino and Real Madrid in 1966 and 1968 respectively. Vicente del Bosque has the experience of playing in 312 matches from Real Madrid. As a player, he has played in 385 matches bagging 29 goals leading to winning five league titles and four Copa del Rey titles. Vicente also used to line in the defense at midfield in the Spanish National Football team since 1975 to 1980 where he played in 18 matches for the nation bagging a goal.

Vicente started his managerial career from the year 1987 with the team of Real Madrid B. He served this team till 1990. As a seasonal or fulfillment coach, he managed the team of Real in the year 1994 and 1996. Later in 1999, he became the head coach of the Real Madrid. In this period, he led the team to win two La Liga titles, Supercopa de Espana, Copa Iberoamericana, two UEFA Champions League, Uefa Super Cup, and Intercontinental Cup. Vicente had a wonderful career record from Real. After the departure of Bosque from the club, Real is going through the unsuccessful time which proves the skill of Bosque.

Vicente managed the team of Turkish Club Besiktas in the seasons of 2004/2005. Afterward, Vicente del Bosque was eyed by different clubs and nations and offered the post of head coach. He wanted to serve his nation and gave priorities to European side rejecting the offers. In 2008, Vicente del Bosque announced that he would be coaching the Spanish Football Team. Under his management, Spain has won the 2010 FIFA World Cup and 2012 UEFA European Championship. Besides, there are different awards and achievements that Vicente del Bosque has received for his hard work and excellent management skills. One the distinguished one is 2012 FIFA World Coach of the Year.

It is said that Vicente rarely smiles. He is modest, hangdog veneer personality but is characterized by master tactics which led Spain to win a world cup, European Championship and Champions League under his management. Vicente is very friendly in media prospects, honesty and gracious in both loss and victory. He is a very skilled coach which has been proved by the records of the teams he managed. 2014 FIFA World Cup is another keen venue where his fans can see his extraordinary tactics in the pitch and who knows Spain grabbing its second World Cup trophy under Vicente del Bosque management.