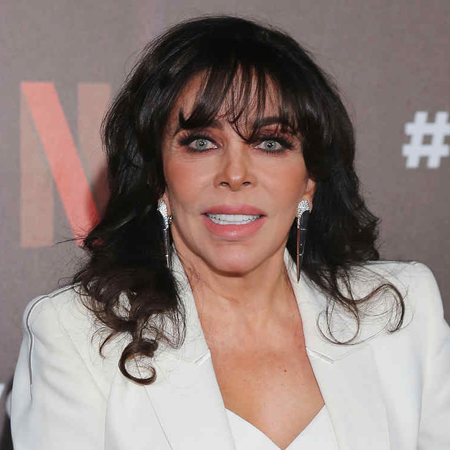 Veronica Castro is one of the well-known figures in both Mexican music and film industry. She rose to stardom with the singles ‘Chiquita Pero Picasa’ and ‘Nana.' The Silver Goddess "Leopoldo Meraz" Award winner, Castro has also featured on stage shows, in films, and telenovelas.

Castro has two siblings, producer and actor Jose Alberto Castro and actress Beatriz Castro. She holds Mexican nationality, and as far as her ethnicity, she is Mexican-North American. She graduated from the National Autonomous University of Mexico.

Veronica Castro began her singing career releasing her self-titled album ‘Veronica Castro’ in 1973. The same year, she released her next album ‘Sensaciones.’ Following the success of her earlier album, she went on to release three hit singles ‘Mi Pequeño Ciclón,’ ‘Soy Celosa,’ and ‘Yo Quisiera Señor Locutor.’

Castro later appeared in a series of films and telenovelas like El Edificio de Enfrente in 1972, Barata de Primavera in 1975 and among others. After that, her career took off with ‘Los ricostambien Iloran' portraying the character of a poor orphan alongside Rocio Banquells and Rogelio Guerra. The telenovela became a huge hit in Latin America, Spain, Italy, Croatia, France, Russia, Israel, China, Germany, and the Philippines. Her fame rose to prominence with the release of her two single ‘Aprendí A Llorar’ and ‘San Francisco De Asis.’

Castro’s career got a huge boost internationally in 1987, after playing the lead character in ‘Rosa salvaje,’ along with Laura Zapata and Guillermo Capetillo. She also participated in ‘Mi pequena Soledad’ with July Furlong and Omar Fierro, in 1990.

Castro then recorded her song ‘Mi Pequeña Soledad’ that became her theme song too. In 1997, she filmed ‘Pena De Amor Y Muerte’ which was the most controversial music video in her life.

After a couple of years, Castro recorded her last pop CD, ‘Ave Vagabundo’ that was produced and composed by Ana Gabriel. She recorded ‘Por Esa Puerta’ in 2006. At first, it was released only in Mexico and later became a best-seller internationally.

Castro returned to the stage with ‘Chiquita Pero Picosa’ in 2008 in which she had featured in the 1980s. She made a came back in theatre with the all-time Broadway cla s sic, 'Applause,’ in 2016. She played in the play alongside Bette Davis.

Veronica Castro is not married yet. She is a single mother of two children.

The actress was involved in a relationship with  Mexican actor and comedian Manuel Valdes. The couple began dating in the year 1970. And, welcomed their first child, a son Christian Castro, on 8 December 1974. Christian is a Mexican pop and rock singer. However, the couple couldn’t last long as they split up in 1978.

Following the breakup, Castro got engaged to successful motorcycle racer Jorge Martinez in 1981. Nonetheless, they split up after a year of dating. She also has a son filmmaker Michelle Sainz Castro. However, Veronica has not revealed the identity of the father.

Castro and his first son Christian share an estranged relationship. She didn’t attend her son's wedding although she was invited. The reason behind her absence was she didn't agree of their marriage.

Veronica Castro is a successful Mexican actress and singer who has garnered a fair amount of money from her career. As of January 2018, Castro has an estimated net worth of around $30 million according to Celebrity Net Worth.

According to some sources, Castro signed a contract with Televisa worth $500k to $600k for five years in the 1990s and 2000s. It is also the significant part of her net worth. She has released numerous hit and commercially successful albums, including ‘Ave Vagabundo,’ ‘Imagenes,’ and ’70 Anos Peerless Una Historia Musical.’