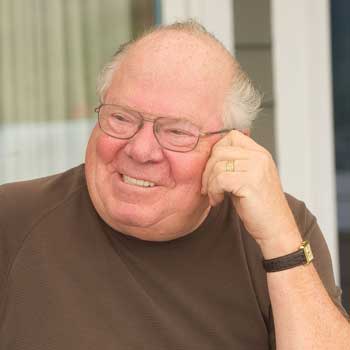 Verne Lundquist is a prominent American Sportscaster who has worked in many networks in his lifetime. Currently, Verne is the lead play-by-play announcer for CBS Sports coverage of college football. He is also the network’s coverage of NCAA Basketball which includes the NCAA Men’s Division Basketball Championship. Lundquist has also won several awards for his commentary which includes being inducted into the National Sportscaster and Sportswriter Association Hall of Fame. Verne also does commentaries for the Masters and the PGA Championship among various other PGA TOUR events.

Verne Lundquist was born Merton Laverne “Verne” Lundquist Jr. on 17th July 1940 in Duluth, Minnesota, the United States. There is no information about his parents and siblings. Verne joined from Austin High School based in Austin, Texas. After graduating from Austin, Verne went on to attend Texas Lutheran University. He is American as per his nationality and as far as his ethnicity is concerned, he is a White American.

He was one of the founding members of the Omega Tau Fraternity which was founded in Texas in 1958. As of now, he is one of the members of the Board of Regents for his alma mater. He graduated from Texas Lutheran University in 1962. Verne was very interested in becoming a broadcaster and he began his career as a sports anchor for WFAA based in Dallas soon after his graduation.

After working at the WFAA for some years, Verne began working for KTBC in Austin and also became the radio voice of the Dallas Cowboys. In 1967, Verne went on to join the Cowboys Radio Network. He worked with Cowboys Radio Network till 1984. Verne went on to capture their second NFL title in Super Bowl XII with current play-by-play fellow Brad Sham. On a national level, Lundquist worked for ABC Sports in 1974 and left in 1981.

Later he moved to CBS in 1982. He worked in CBS till 1995 then shifted to TNT cable which he left in 1997. Then again in 1998, Verne returned to work for CBS. While in ABC Station Verne was a commentator for the sports show titled Bowling for Dollars in Dallas which aired on weekday evenings in WFAA-TV from 6:30-7:00 in north-central Texas. In the 4 seasons, he interviewed Cowboys players and their first head coach Tom Landry. Verne currently works as a play-by-play commentator for CBS college football and also college basketball which includes NCAA Men’s Division I Basketball Championship.

He also does play-by-play for PGA Tour golf which includes The Masters and PGA Championship tournament. Verne has been actively playing as the voice of NFL games for CBS, NBA games for CBS network, and TNT and TNT’s Sunday Night Football telecasts. On Seattle Seahawks preseason games from 2006-2008 also Verne called television play-by-play as his commentary is loved by all. Especially Verne’s patented belly laugh and his catching gusto for the events that he covers have man him one of the most celebrated personalities on network television.

Verne was also the announcer for figure skating events in 1992, 1994, and 1998 when the Winter Olympics rights were held by CBS and TNT networks. On ABC’s Pro Bowlers Tour in 1978 when Chris Schenkel was not able to appear due to some problem, Verne became the backup and turned up in Grand Prairie, Texas. Verne has twice done the TNT’s coverage of the PGA Championship in 2006.

Verne Lundquist was featured as himself in the 1996 motion picture Happy Gilmore where he was seen commenting on the golf games. He was also a play-by-play announcer in the video game titled NBA Live ’98. He is also an announcer in the College Hoops 2K8 video game. One of Verne’s most famous phrases stands as “How, do you Do!” which he uses on a huge offensive or defensive play. He acquired this phrase from USC football broadcaster Pete Arbogast.

The below-shown video shows the famous sportscaster Verne Lundquist signing off as a college football commentator for the last time.

His various other famous commentaries are “Oh My Gosh!” and “Oh My Goodness” which have been well mimicked at times. Verne was named Texas Sportscaster of the Year from 1977 to 1983 by National Sportscaster and Sportswriter Association during Verne’s time in Dallas. He was inducted into the Hall of Fame in 2007. He was inducted into the Sun Bowl Hall of Fame in the 2005 Sun Bowl. Verne delivered the commencement address at Hampden-Sydney College in May 2012.

According to some reliable sources, Verne Lundquist's net worth is estimated to be around $1.5 million as of 2019. He is one of the most promising sportscasters Lundquist earned the exquisite net worth from his long career in CBS and other television networks.

Verne Lundquist who is affectionately known as “The Golden Throat” is 74 years old and although his net worth is not much revealed, looking at his unbeaten career he undoubtedly earns a huge salary. Verne has married three times till date, beginning in 1967 with Patricia. The couple eventually got divorced in 1971. He got married to his second wife Kathy Vernon the very next year of his first divorce.

After 8 years of marriage with Kathy, Verne went for a divorce. Then in 1982 He got married to Bette Lorraine Higgins and has a child named Vaughan Matthew Lundquist with her. Verne is an active on-air personality who is happily living with his wife and children in Colorado.