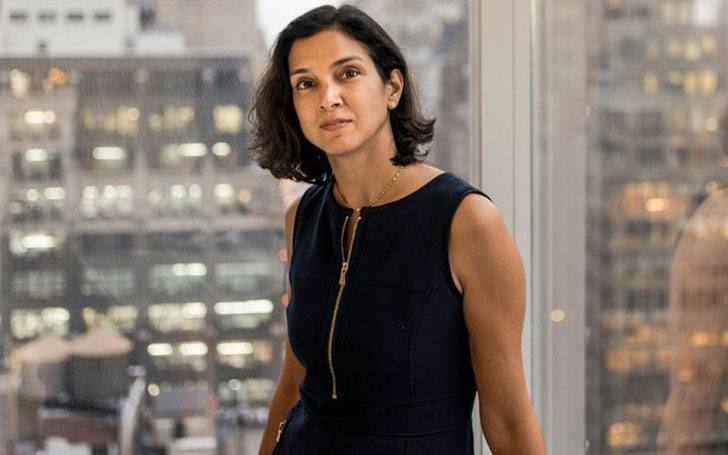 Radhika Jones is making headlines after being appointed editor-in-chief at one of the world’s pre-eminent magazines, Vanity Fair. She was appointed  on November 13, 2017

The newly appointed editor-in-chief for Vanity fair, Jones, is a married woman. She is currently married to Max Petersen. We're discussing he personal life here.

Radhika Jones who recently became the fifth editor-in-chief at Vanity Fair after replacing  Graydon Carter who retired after 25 years of service, is just as successful when it comes to her romantic life as well.

Despite being so popular, the 44-year-old Indian-American journalist has been successful to maintain her personal life private. She is quite active on Twitter, but only rarely talks about her husband.

According to some online source, Jones and Max Petersen are living happily together and have a son. Here's a rare tweet where Jones has talked about her husband:

She is also close with her parents and is in a regular touch with them. She also often gifts her father  DVDs as he is fond of watching movies and television series. She also never misses wishing her parents on the occasion of their marriage anniversaries.

Currently, Jones and her husband, Petersen reside in Brooklyn along with their son.

The announcement of Radhika Jones as the new editor-in-chief of Vanity Fair came as quite a surprise to everyone. However, it was taken as a good surprise by the majority.

The former TIME editor will succeed Graydon Carter, becoming the fifth editor-in-chief. After her appointment, Jones spoke in an interview saying:

Her role as editor-in-chief will begin from December 2017. Jones' salary will be about $500,000 in contrast to Carter's salary of $2 million.

Jones also shared the big news via her Tweet on 13 November 2017.