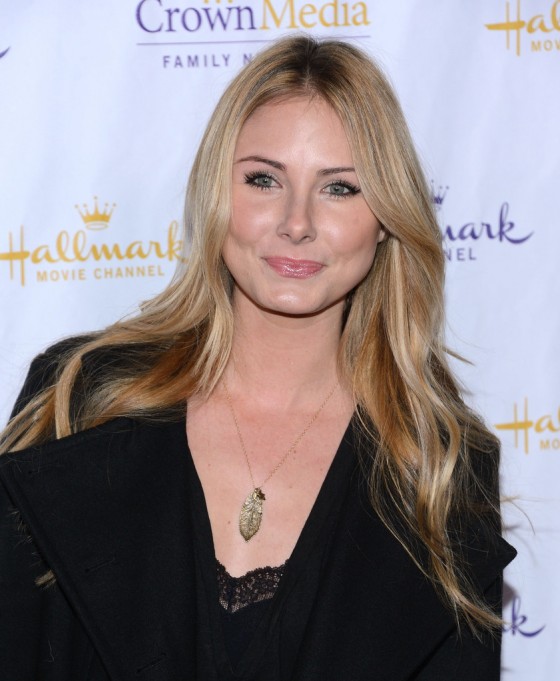 American actress, Vanessa Lee Evigan has been active in the film industry since 1993 and has appeared in several TV series as well as movies. She is known for her role Jenny Clemons in an American drama television series, Against the Grain.

She is a daughter of Greg Evigan and Pamela Serpe who have been active in the entertainment industry for years now. Evigan has two siblings; a brother Jason Evigan who is the singer of the rock band After Midnight Project, and sister Briana Evigan, who is a movie actress known for Step Up 2: The Streets.

Evigan graduated from the Calabasas High School in 1999. Furthermore, she was on the speech team at L.A Valley College.

Vanessa Lee Evigan debuted in the acting industry as a guest role in the 1993 American drama series, Jack's Place, at the age of twelve. The same year, she appeared as Jenny Clemens in American drama television series, Against the Grain, along with Robyn Lively, Ben Affleck, John Terry, and others.

Further, Evigan made her guest appearance on several shows includes Emily's Reasons Why Not, The Tom Show, Boy Meets World, Less Than Perfect, Norm, In Plain Sight, and How I Met Your Mother.

As of 2019, Evigan along with her father and sister works in a Productions Company, Evigan Entertainment. She also works in several other projects.

Vanessa Lee Evigan has not revealed her net worth to the media yet, however, considering her career and success, her net worth might be in thousands. She has made her notable appearances several movies as well as a television series which helped her increase her net worth.

Furthermore, the average salary of US actors is estimated to be around $50,249 annually, as per some notable online sources. Add to this, her movie, Whatever It Takes (2000) made with a budget of $9 million and it earned $32 million at the Box Office.

Vanessa Lee Evigan is married to Miles Adcox, star of the TV program, The Daily Helpline. The couple tied the knot on 29 October 2016 at Nashville, Tennessee with family and close friends.

The pair welcomed their first child, Joy on 2nd August 2017 at Saint Thomas - Midtown Hospital. Evigan is expecting a second child with her husband. She frequently shares her photos on Instagram revealing her baby bump.

Happy Thanksgiving from our family to yours. I’m so thankful for so much it’s hard to put it all down in words. I’m thankful for my family and friends. For our health and that we have a place to lay our heads down at night. The past few weeks have been so devastating between the fires and the shooting in my home town, I’m Thankful to be here in California with my family. I’m thankful for my husband @milesadcox who will go tomorrow to do fire relief work on both our behalf’s. I’m thankful for my best friend @brabrabre who will be helping us get clothing we shipped to her to delivered for victims who lost everything. Wishing you all a beautiful day and sending hugs and love your way. #turkeyday #happythanksgivng Thanks for capturing this awesome moment @missannakatherine