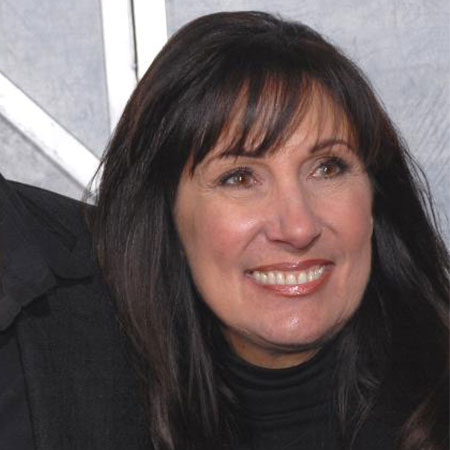 Pamela Serpe is a former American actress and a Broadway dancer. She is famous for her role in Three the Hard Way and Girls on the Road. She is also known as the wife of an American actor Greg Evigan. After retirement from her career, she has been living a happy married life as a housewife with her three children.

Pamela Serpe was born Pamela C. Serpe on January 16, 1950, in the United States of America. Pamela was born under the zodiac sign Capricorn. Pamela is the daughter of Jane (Johnstone) Serpe and producer Ralph B. Serpe. Pamela holds an American nationality and belongs to the mixed heritage of Italian and English.

There is not much information revealed regarding her early life and educational background.

Pamela Serpe began her career as an actress and became quite famous for her role in Three the Hard Way in 1974 and Girls on the Road in 1972. Besides acting, she is a Broadway dancer.

Talking about her husband Greg Evigan, he is a famous actor who began his career in acting appearing on a television series The Six Million Dollar Man in 1976. The same year, he made his appearance on a movie Scorchy. Pamela’s husband is famous for his portrayal role in a hit television series B.J and the Bear, P.S. I Luv You and TekWar.

CAPTION: Pamela Serpe along with her daughter and husband at the Summit Entertainment Premiere of "Sorority Row" at ArcLight Hollywood SOURCE: zimbio

Besides acting, he also joined the cast of a touring company and played the lead in the musical ‘Grease’. Greg has been active on an acting career since 1976 and he has worked in over dozen movies and television series so far.

Pamela accumulated a good sum of money as a Broadway dancer as well as an actress. As of 2019, we can only say, Pamela Serpe's net worth is still under a review.

Besides, her husband Greg Evigan has an estimated net worth of $1 million. He has earned the major part of his worth from his extensive career in acting which is also supported by the endorsement deals as well as advertisements.

Pamela Serpe is currently aged 69 and is a married woman. She got married to her longtime boyfriend Greg Evigan on June 3, 1979. They exchanged their vows amid an intimately organized wedding in front of limited friends and family members.

A couple of years later Pamela and her husband Greg became parents for the first time when they welcomed a baby daughter Vanessa Evigan on March 18, 1981. The family of three was blessed with a baby boy Jason Evigan on June 10, 1983. On 23, 1986, they gave birth to their third child Briana Evigan.

CAPTION: Pamela Serpe a former American actor and Broadway dancer with her daughters and husband on a vacation SOURCE: Where Hollywood Hides…

Both of their daughters have pursued a career path as their parents and are doing great with their job whereas their son pursues a career in singing as well as acting. As of now, Pamela lives a happy married life with her husband and three children.

You May Also Like: Sharon Case and Meg Ryan