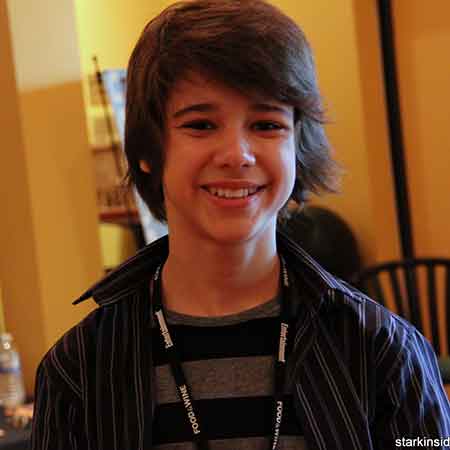 Mostly known for his longstanding role as Jeff Cargill in the crime-drama series The Glades, American actor and model, Uriah Shelton has also delivered numerous other greatest performances in both TV shows and movies. Shelton's role from 2014-17 in the comedy series Girl Meets World also earned him a further fame with subsequent roles in The Warriors Gate and Instant Mom. As of 2018, the actor has been playing the role of Josh in one of the most viewed and liked TV series Blue since 2012. His other successful projects include Kamen Rider: Dragon Knight, The Nanny Express, The Suite Life on Deck, R.L. Stine's The Haunting Hour, NCIS: Los Angeles, and among others. A Girl Meets World star Shelton has been dating singer and songwriter Mackenzie Heyman since 2017.

Uriah Shelton was born on 10 March 1997, in Dallas, Texas, United States. He is the son of Cindy Shelton and Allen Shelton. His parents moved him to Magnolia Springs, Alabama, a small river community about 40 miles south of Mobile just a month after his birth. He is a Pisces which defines his personality to be powerfully emotional, intuitive, creative and caring.

Growing up, Shelton loved playing the piano and soccer as well as was also interested in learning martial arts. Along with his cousin brother, he started attending modeling cla s ses at the tender age of 7. Shortly after that, he participated in a talent competition in Orlando and after he performed in the competition many acting agencies based in Los Angeles and New York City approached him too.

CAPTION: As a child the actor Uriah Shelton SOURCE:

After falling in love with acting, Shelton along with his mother moved to Los Angeles. Apart from appearing in various commercials, Shelton also maintained the same pa s sion in martial arts. He won the California State Championship in Tae Kwon Do in the year 2006.

Uriah Shelton made his professional on-screen debut with a small role in the TV drama series Without a Trace. He made his silver screen debut in the following year appearing in the low budget comedy Lower Learning. His other films projects are Opposite Day, Lifted, and The Warriors Gate.

His tremendous popularity came when Shelton grabbed a role in a one of the most viewed TV series The Glades. He played in the series from 2010-13 sharing the screen alongside Matt Pa s smore, Kiele Sanchez, and Carlos Gómez. He is also credited for Kamen Rider: Dragon Knight, The Nanny Express, The Suite Life on Deck, R.L. Stine's The Haunting Hour, and many others.

The actor has been portraying the character Josh in the American drama web series Blue by Rodrigo Gracia since 2012. In the series, he appears along with Julia Stiles, David Harbour, and Jeanne Tripplehorn. From 2014-17, he had a significant role in the highly rated TV series Girl Meet World.

In the year 2017, Shelton appeared in 13 Reasons Why and NCIS: Los Angeles. He also got a Young Artist Award nomination for Best Performance in a TV Movie Miniseries or Special.

Uriah Shelton has earned a decent amount of money from his flourishing acting career. As per estimation made by Celebrity net worth, his net worth is around $2 million.

Aside from his acting career, he is also a model and has worked for a number of well-known companies and brands. And as a professional model, his annual salary is over $73,000.

Uriah Shelton is yet to be married. But he has been dating his girlfriend, MacKenzie Heyman since the fall of 2017. His girlfriend Heyman is a singer, songwriter, and actress.

The couple often posts their beautiful pictures on social media and they seem very much in love.

I really want to start my own animal shelter one day

Shelton is also a dog person who is a proud owner of two dogs, Ningbo and Archer. In the past, he also had a dog named Libby. He is also an avid biker.

He has a patriotic tattoo on the right side of his chest.

During his early teens, Shelton was involved in a tragic motorcycle accident- six of his teeth were broken and he had minor lacerations on his face also. The young actor suffered a broken femur.

Uriah Shelton, in 2017, was involved in a controversy after kicking a female in the stomach. The name of the girl is still a mystery. Following the incident, he was given a temporary court order.

It was reported that the woman described him as an ex-boyfriend and after an argument one night when she blocked him from getting into a truck, he hit in her stomach.

Talking about his role in the TV series Blue's season three.