Unretouched Bikini Model Iskra Lawrence's Boyfriend is an English Footballer, Find out all the Details Here 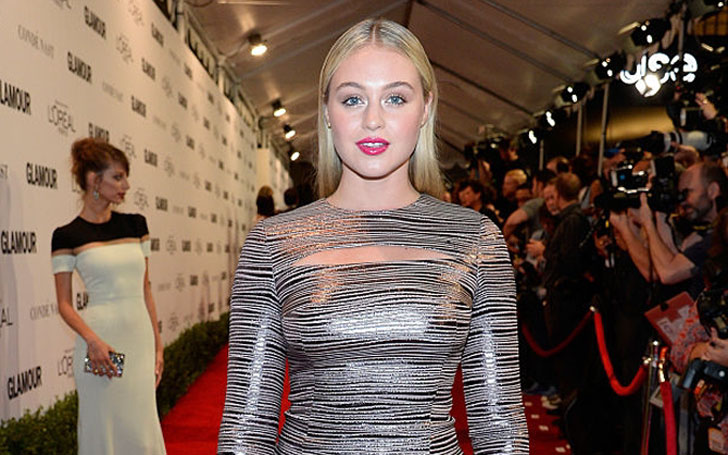 Seems like the days for only skinny bikini models are gone! And we are loving it.  Iskra Lawrence, the unretouched bikini model is a good example!

The popular bikini model Lawrence keeps her private affairs private. However, we do know that she is unmarried. Isn't she dating somebody then? Does model Iskra Lawrence have a boyfriend? Well, she does.  She is dating the English Footballer Andre Wisdom. According to sources, the duo has been together for several months.

She attended the New York Fashion Week at the beginning of 2017 and returned back to London in February. While returning she shared via Instagram saying she was returning home to celebrate Valentine’s Day.

Her beau surprised her with gorgeous red roses as she arrived, and she posted a photo pf them onto her Instagram story captioning love emoji and ‘I Love you So much Andre thank you b’. Lawrence, 26, shared another snap of her beau cooking for the pair, captioning it ‘My Valentine Cheffin up’. However, the couple otherwise rarely shares pictures of each other.

Fashion model Lawrence usually flaunts in bikinis. She’s become an icon in the field of body positivity and self-confidence.

She is named as unretouched bikini model because her photos that are published are apparently not modified digitally. Lawrence models for clothing brands like the American Eagle Outfitters, Aerie among others. She is always spotted in the brand’s designs and this hot pink bikini top has to be one of their best ones.

She usually shares snaps with a host of inspirational hashtags including ‘NOretouching, everyBody is beautiful’ via her Instagram. Lawrence, who is a size 14, gathered fame after she did some serious unretouched photoshoots for the lingerie brand Aerie, and America Eagle Outfitters.

Recently Liverpool loaned him to Derby County in £4.5 million. He is also excited to return to Derby where he spent one season on loan from Liverpool in 2012. According to a source, everything about this transfer has done publicly except his medical exam. He started his junior career with Bradford City in 2004. He played there till 2008 and moved to Liverpool Fc. He is one of the best defenders of Liverpool who spent around 9 years in the club.

Andre also represented England’s Youth team from 2008 to 2013. During his tenure with the national team, he was there for the UEFA European U-17 Championship 2010 win.