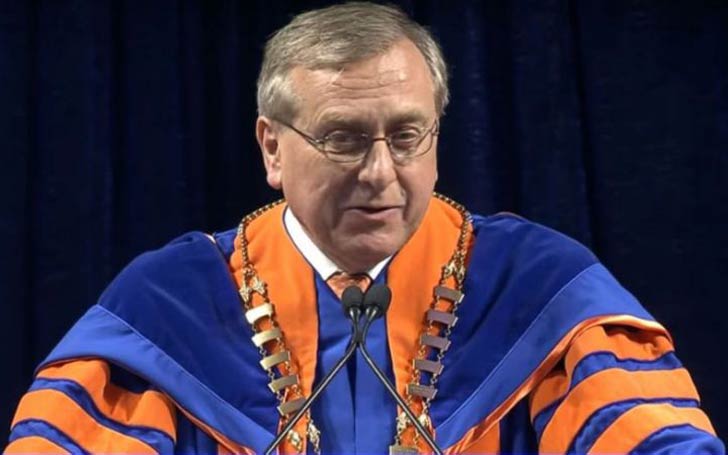 The University of Florida has been backed off for promoting racism after a faculty member forcibly shoved several black and minority students off the stage during their convocation ceremony.

The video shared on social media revealed that the students walk up the stage to receive their diplomas after their names were called, but as some of the graduates took their time on the stage to a celebratory dance, a white male present on the stage aggressively grabbed them and threw them off the stage.

The video when uploaded on social media sparked some outrage in the parents and current students who claimed that the staff member was only physical with the black and other minority students.

The man, who has not being named by the school, was seemed to hurry the students of all ethnicities throughout the day. It appeared as if the man was asked to make sure that the students were orderly and swiftly walked across the stage.

But, when the students near the end tried to show their victory dance on the stage, he may have got impatient and aggressively grabbed and shoved the student off the stage. However, people say that the man was discriminating and only acted aggressively with the black students.

Every time a Black student took more than Two seconds, he aggressively pushed them.

Where an alumnus wrote,

completely disgraced at the treatment of these students who earned their spot on the stage.

The incident received too many negative feedback from the parents, students and other citizens that the University of Florida president was forced to issue an apology for the ''inappropriately aggressive behavior.''

President W. Kent Fuchs took to his Twitter on Sunday, 6th May to apologize for the situation. There he shared two posts in which he commenced his apology on behalf of the University.

During one of this weekend’s commencement ceremonies, we were inappropriately aggressive in rushing students across the stage. I personally apologize, and am reaching out to the students involved. (1/2)

The practice has been halted for all future ceremonies, and we will work to make sure all graduating students know we are proud of their achievements and celebrate with them their graduation. (2/2)

The University has said the activity will not be repeated, however, it did not clear yet if any action would be taken against the faculty member or not.