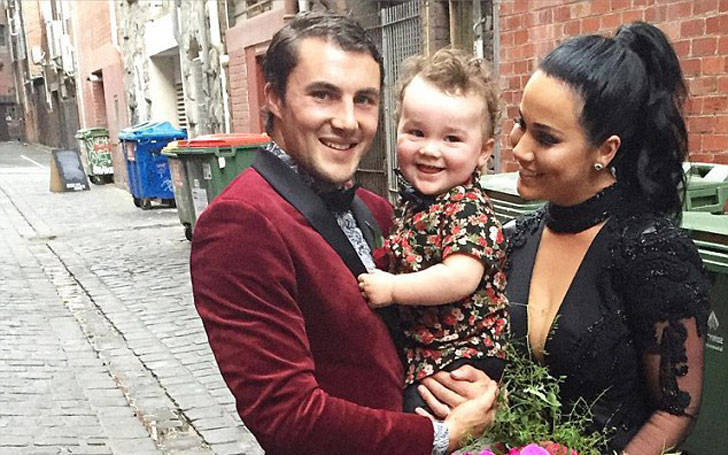 The couple has two adorable children.

Sophie and Jaryd dated for few years before getting married in 2015. The couple met through their mutual friend Jordan Russell in 2010. Later, they fell in love and started living together.

There is an interesting fact of their wedding. According to daily mail, Sophie wore black gown instead of white. It was quite surprising for her fans and well-wishers. She also revealed that why she chose black dress.

I always wear black anyway, I think it suits me and it's such a bold and striking colour

Despite being parents of two kids, their relation is smoothly running without any divorce rumors.

The couple gave birth to their first baby, a daughter named Bobby in 2013. After four years they welcomed their second child, a son in January 2017.

Sophie has shared her pregnancy experiences on her blog. They frequently share their children’s activities on their social media profiles. Her husband Jaryd also plays with kids during is leisure time.

In 2010, Carlton Football Club drafted him in the 2010 VFL tournament. Jaryd spent two seasons there and moved to the Norwood FC. Then he started playing for the Norwood in the South Australian National Football League.