Uncover the dating life of actor Anthony Padilla. Also, find out about his dating and affairs 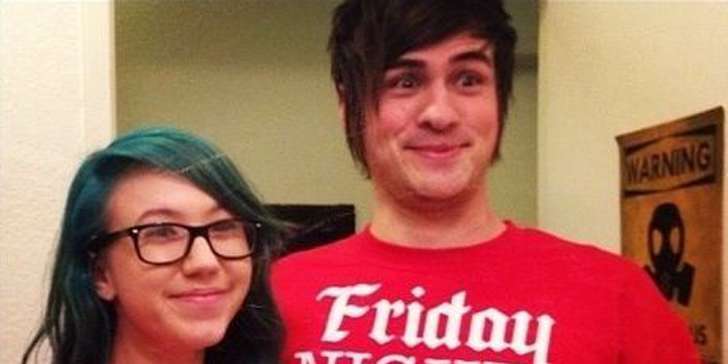 You have surely known a lot about Anthony Padilla if you spend much of your time on YouTube. Anthony, a well-known YouTube star, came into rise after the success of his YouTube channel 'Smosh'. He started the channel since 2003 and has obviously been the favorite of many young boys, let alone the beautiful fangirls of his. So, to make it more interesting, let's know more about his fan base and dating career without further ado.

Anthony dated Kalel Cullen for 4 years, starting from 2010.  Kalel and Anthony were even engaged, in July 2013, but couldn't end up being a married couple. After being apart from Kalel in 2014, he has been dating Meil Bredouw. They are in a romantic relationship since May 2015.

'Still Friends' after the Break-Up

Anthony and Kale publicly talked about their engagement in July 2013. However, after a year, Antony Padilla broke up with Kalel through a video in YouTube titled 'Going Our Separate Ways'. In that breakup video, Kalel Cullen said that their relationship over the course of four years was really great but reached a point where they felt that they weren't the happiest they could be.

Both of them insisted on being 'good friends' still after the tragic break up!

They Revealed Their Break Up only After a Month

Their fans couldn't believe them and soon twitter was flooded with comments from people who told that Kalel should take all the blame. After a romantic proposal in Japan, Kalel and Anthony put up brave smiles while fans reacted in disbelief in comments on their YouTube video. They did not seem super depressed in the video as they were separated a month ago before they posted it.

After that breakup, both of them have started a fresh life as Anthony Padilla started dating Miel Bredouw after they broke up. Even Kalel confirmed that she started dating Alec Rosa after some months of being away from Anthony. The YouTube star is very happy with his new girlfriend Meil, a very popular  vine star.