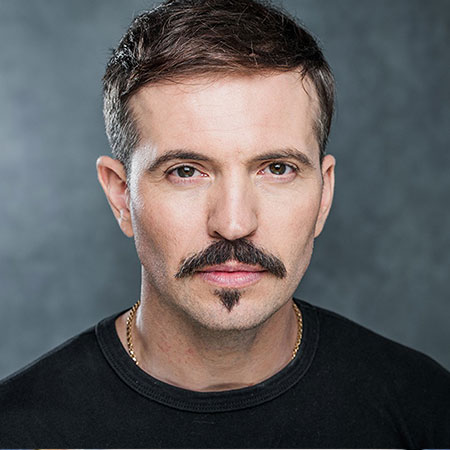 Tygh Runyan is a multitalented Canadian actor and musician who has won several awards such as Leo Awards, Indie Spirit Film Festival Awards, and Edmonton International Film Festival Awards. He is well-known for his character in Versailles', Stargate Universe, Battlestar Galactica, and The L-Word.

Tygh Runyan was born on 13th June 1976 in Vancouver, Canada, to American parents. His father is a former instructor of environmental technology at Kwantlen Polytechnic in Vancouver, and his mother is a poet. He holds American-Canadian nationality and belongs to white ethnicity. Runyan’s birth sign is Gemini.

Runyan spent his childhood living between Denver and a small town south of Vancouver. Further, he first went to the University of California, Los Angeles, and then studied acting, film, video, and art from the Emily Carr University of Art and Design in Canada.

Tygh Runyan made his acting debut in the 1992 Canadian television series, Northwood alongside Lochlyn Munro, Forbes March, and many others. The following year, he was cast in a made-for-television crime drama film, Judgment Day: The John List Story.

Runyan’s last appearance was in 2016 Canadian dramedy thriller film, Dark Harvest. He was also the director of the movie.

In 2013, Tygh Runyan produced his first short film, Eclissi which he wrote as well as directed.
Runyan also works as a composer and musician in some bands like The Awkward Stage and The Beans.

Besides, Runyan is also an owner of two companies, the Forever Bad Media Ranch, and the Amigos Solos Theater Company.

Tygh Runyan might have collected millions of dollars from his professional career as an actor, director, and musician. The actual figure of his net worth has not been disclosed but sources have estimated Runyan's net worth to be more than$1 million.

As per the reports, an average Canadian actor earns about $22,718 per year. Runyan also earns a good sum of money as a director where the average salary of a Canadian director is $93,270 per year. Furthermore, a musician earns $39,341 per year on average.

Here is a list of some of his movies which have grossed huge amount in box office collection.

Tygh Runyan is married to his girlfriend turned wife, Sarah Lind. She is also an actress who works in several Canadian movies. The couple met in 2005 and started dating shortly after.

After a couple of years of dating relationships, the duo tied the knot in 2008 in a close ceremony among their close ones.

Together the couple is blessed with two children, both are the daughter. However, the identity of their daughter their unknown as there is a very secretive type of person.

As of now family of four seems to live a happy life as per their social media post and also there are no rumors of separation.

Tygh was previously surrounded by rumors that he had an extramarital affair with actress Shannyn Sossamon. However, the two never officially confirmed their relationship.