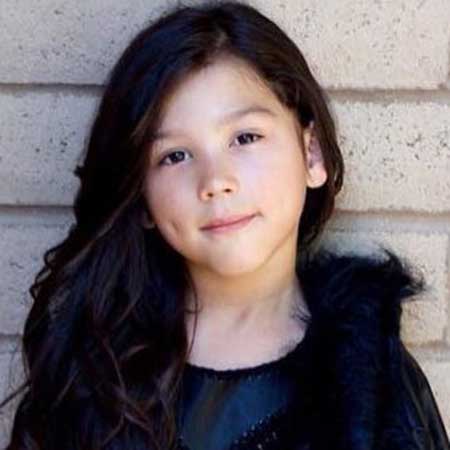 Txunamy is a Musical.Ly star with over 2.8 millions on her txunamy Instagram account, well recognized for posting short comedy sketches and lip syncs. She is also popular on You Tube.

Txunamy was born on 23 March 2009 in California. Txunamy has two siblings, a sister Solange and a younger brother, Diezel. She always had an interest in pursuing her career as a social media personality.

Txunamy's career began as a social media personality when her mother created an Instagram account in December 2014. Later, she created a Musical.Ly account and began posting some of her short comedy sketches and lip-syncs.

She became a regular user of Musical.Ly, as she started posting every day, which kept increasing her influence as a social media personality.

Currently, she is recognized as a Musical.Ly star with a huge number of fan following. Txunamy has also been featured in some publications including Vogue, Hollywood Life, and Glamour.

Txunamy is one of the youngest star internet celebrity with full of energy and her exciting videos. She is also noticed for her unconventional attire used in her music videos.

Txunamy's fame has also made her a national brand, as she has established a website where merchandise like T-shirts, Sweat Shirts, Mobile Phone Covers, and other items are available. Her store is updated every week with latest brands.

The young talented Social media personality and Musical.Ly Star is currently single as she is very young for her age to date. She is living happily with her family.

The 8-year-old internet star, Txunamy earns good amount of money from endorsements, and she also has her store which adds up to her net worth in a good number.