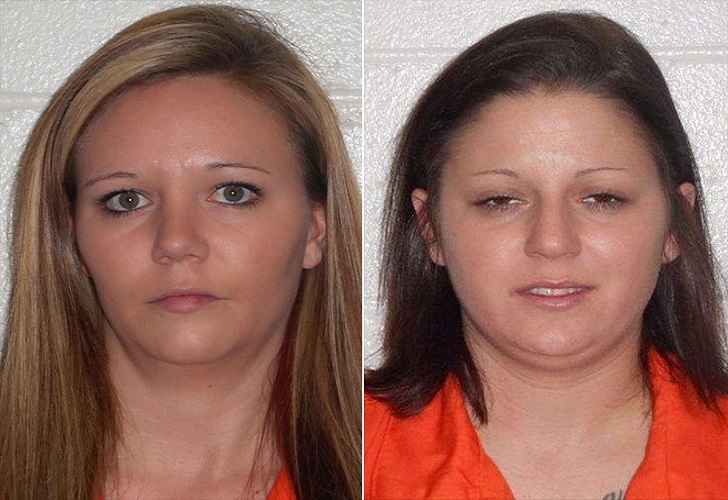 Two Oklahoma Women who brutally assaulted their 5-year-old son have been sentenced to 20 years in jail.  Kayla Ann Jones, 26,  Rachel Jean Stevens, 29, had beaten their son with a belt severely, according to Tulsa World. The report says the women pleaded guilty to child neglect and child abuse charges on Friday.

In December 2015, The 5-year-old boy told authorities that his mother Stevens with her partner Jones beat him with a belt.

Investigators later discovered that the two women had not only beaten the boy with a belt but had also locked him in a room, then tied him up and used duct tape over his eyes to blindfold the minor.

Mother of the boy then hit him with a hammer in his hand, and according to Tulsa World Jones had '' kicked him so hard in the groin that it made him bleed.''

As per KFOR, the authorities found a 7-year-old girl and the 5-year-old guy in the home. They didn't believe the kids had been abused. Laer, the Department of Human Services held the kids into custody.

Officers took the victim to care in a hospital in Tulsa after the boy suffered two seizures and multiple broken bones, NewsOk reported.

In 2016, CBS News reported that the two women had set up a GoFundMe page asking for donations stating that the child was suffering from seizures and was picking his own face after he fell down.

Orvil Loge, Muskogee County District Attorney talked to Tulsa World on Wednesday saying that the plea agreement that the two women accepted  “was a conclusion that was carefully discussed with the family.”

Loge also said,'' The nature of the injuries were very severe, but the child is doing very well now in loving home. He is a completely different child now than when this [case] first came in.”