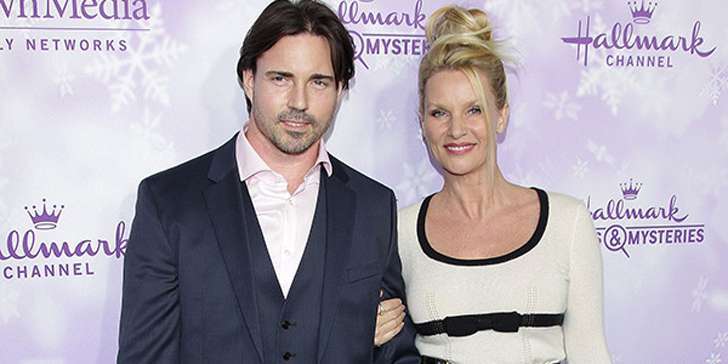 Recently married couple Nicollette Sheridan and Aaron Phypers took their relationship to an end just after six months of their marriage. The former Desperate Housewives star Nicollette officially filed for divorce on July 15 in Los Angeles due to their irreconcilable difference.

Although the divorce documents were recently filed, the couple had been separated a month before. Nicollette was first spotted out with Phypers in December 2014 and a rumor was heard about them since then. But they only got married in December 2015 after one year of their dating.

Previously Nicollette Sherdian was married to actor Harry Hamlin in 1991 but Harry filed for divorce less than a year. After her first marriage she has been engaged to two people, first to Swedish personal trainer Nicklas Soderblom and next to singer Michael Bolton. Their engagement was permanently broken off in 2008 after they announced their engagement in 2006. Her recent divorce was not so messy, as Aaron and Nicollette had no any children together.

It looks like Sherdian is not so stable with her relaton but she is not the only one famous face to have split this July. Lady Gaga called off her relationship with Taylor Kinney, Joshuna Jackson and Diane Kruger split after a long time together and Gwyneth Paltrow and Chris Martin took their relationship to an end. For her role as Britt in Desperate Housewives, Nicollette was awarded with a Golden Globe Supporting Actress nomination in 2005.

After the character Britt was killed off in Desperate Housewives, Nicollette left the show and has been keeping a low profile. According to TMZ, Nicollette requested the judge to deny spousal support at the Los Angeles Public Informaton office. The British born Sheridan has been staying busy after the divorce with Phypers as she has two television movies comming later this year.

53 year old Nicollette who was born on 21 November 1963, started her career as a fashion model and made her acting debut in US primetime soap opera Paper Dolls. So far she has got a salary of $175 thousand from Desperate Housewives and made an estimated net worth of $18 million.