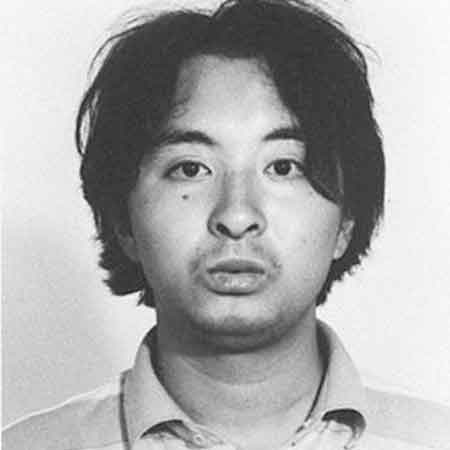 Tsutomu Miyazaki was a Japanese serial killer, pedophile, cannibal and necrophile who killed 4 little girls. He was also known by several nicknames including 'The Rat Man' ,'Dracula', 'The Otaku Murderer' and 'The Little Girl Murderer'.

Tsutomu Miyazaki was born on August 21, 1962, in Itsukaichi, Tokyo, Japan under the zodiac sign of Leo. He was born to father Katsumi Miyazaki and was born prematurely with deformed hands. Miyazaki was not born to his biological mother, but he was actually born from an incestuous relationship of his father and older sister.

Miyazaki used to remain reserved and hesitated due to his inability; he couldn't even express himself in front of his parents and siblings. His grandfather was the only person that supported him, however, he again faced the troubled condition after his grandfather's death in 1988. After his grandfather died, he became isolated and went into depression.

Additionally, Miyazaki ate his grandfather's ashes in an attempt to 'retain something from him'. The incident entirely changed Miyazaki's appearance and behavior. She gradually started to behaving like a psychotic. A few weeks later, he was caught peeking at his sister while she was taking shower and when she told him to leave, he attacked her. He even attacked his mother after she scolded him for what he did to his sister.

On August 22, 1988, just one day after his birthday, he abducted a 4-year-old girl, Mari Konno. The girl had gone to her friend's house to play from where Miyazaki picked her up and drove her to a wooded area. The two sat together inside the car under the bridge for several minutes before he strangled her to death.

After killing her, Miyazaki sexually abused her corpse and left in the hills nears his house whereby taking her clothes with him. A few days later, he returned to the scene and cut off the corpse's hands and legs. He sent her remaining bones to her family in a box along with several of her teeth, photos of her clothes, and a postcard with written words: 'Mari. Cremated. Bones. Investigate. Prove.'

One and a half months later, on October 3, 1988, Miyazaki kidnapped his second victim, a 7-year-old Masami Yoshizawa while she was walking on the street and took her to the same place where he killed Mari. He performed similar actions to Yoshizawa as well and left her a few yards away from Mari.

On December 12, 1988, he pulled Erika Namba, 4 into his car when she was returning to her home from a friend's house. He took her to a parking lot in Naguri, Saitama where he forced him to remove her clothes and took several photos of her before killing her.

Ayaka Nomoto of age 5 was his fourth and the last victim. On June 6, 1989, he convinced her to allow him to take her pictures. He killed her in his car and took her corpse in his apartment. He performed sexual abuse to the corpse of Nomoto for two days and even took several photographs of the corpse in several different positions.

He took the body to nearby hills after it started to decompose and drank her blood and ate parts of her body in a  fear that the police would find the body.

On July 23, 1989, he tried to insert a zoom lens into the intimate part of a schoolgirl in a park near her home which was luckily caught by the girl's father. Then, the girl ran away on barefoot without any clothes on her body. When he returned to take his car, he was arrested by the police.

Police searched Miyazaki's room where they found about 5,763 videotapes including Anime and slasher films. Because of his behavior, his father was ashamed and he refused to pay for his legal defense before committing suicide in 1994.

During his trial, he refused to apologize the victim's parents rather he felt proud of his deeds. On 14 April 1997, he was sentenced to death. Later, he reopened the case in Tokyo High Court and later in the Supreme Court where both the courts upheld the death sentence. On June 17, 2008, Tsutomu Miyazaki was hanged till death.