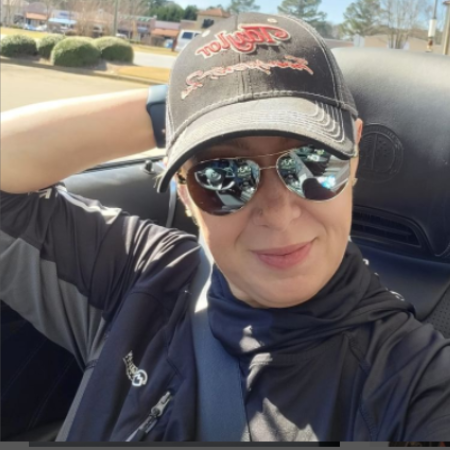 Tricia Day is the wife of racing driver and star of Discovery Channel's Street Outlaws: Memphis, Jonathan Day AKA JJ Da Boss. She is a street racer in her own right and drives a 66 Chevy Nova that she calls "Heifer".

Tricia Day is perhaps most known as the wife of Jonathan Day, known professionally as JJ Da Boss. They both grew up in Memphis, Tennessee, and connected over their shared hobby of racing. They have been married for over a decade and are still married today. there are no rumors of their divorce to date.

They both race -- him, in Ole Heavy, his family's 4,720-pound 1949 Chevrolet pickup, and her, in Heifer, a ’66 Chevrolet Nova. They both star in Discovery Channel's reality series Street Outlaws: Memphis.

Day is a mother to four children, three daughters, and one son, with her husband Jonathan Day. The beautiful family lives a quality life together and is often captured in media cameras. According to some sources, Jonathan has seven other children and is a grandfather to five grandchildren, although it is not clear who the mothers are. Besides, the celebrity spouse is yet to reveal her early life.

JJ Da Boss is a street racer and a member of the Memphis racing family. Born on August 10, 1973, in Memphis, Tennessee, the 48-year-old was groomed for racing since he was a toddler and his mother would take him to watch his father and uncle race.

When he grew up, he inherited Ole Heavy, a 4,720-pound 1949 Chevy pickup that has been in his family for generations. He races behind the steering wheel of the pickup.

The media personality got worldwide recognition because of this show. Street Outlaws: Memphis premiered in 2018 and is in its fourth season.

Based on reports from some sources, Tricia Day is estimated to have a net worth of around $1.5 million. As of 2020, she was estimated to have around $1 Million. Her primary income source seems to be her tv career as a racer. The racer-reality TV star is the wife of Jonathan Day AKA JJ Da Boss and is the mother of their four children. They are the subjects of the Discovery Channel reality series Street Outlaws: Memphis.

On the other hand, her better half, Jonathan Day is estimated to have around $2 Million. As per some tabloids, his annual income is around $40 thousand and he might get around $20k per episode. Though Mr. and Mrs. Day's exact earnings and fortune details are missing, one thing is sure, the pair earns enough to live a luxurious life.