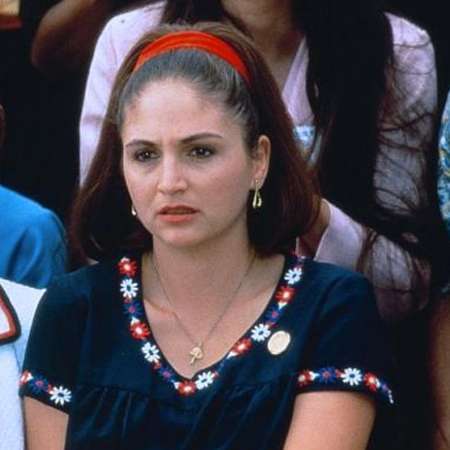 Born and raised in Albuquerque, New Mexico, Tracy Reiner is one of the leading faces in Hollywood. She has played many iconic roles in a number of movies. Her first major breakthrough performance in a 1989 box office hit movie When Harry Met Sally... earned her a lot of fame at the international level. She is also mostly known for her breakout performance in Masque of the Red Death, A League of Their Own, and Apollo 13.

Reiner has been married to Matthew Theodore Conlan for a long time and the two are blessed with five children.

Tracy Reiner was born Tracy Henry in Albuquerque, New Mexico, United States, on July 7, 1964.  Tracy is the daughter of filmmaker Penny Marshall and later she was adopted by Marshall's second husband Rob Reiner. Tracy was raised in her birthplace in New Mexico. Tracy’s nationality is American and she belongs of English, Italian, and Scottish descent.

As a child, Reiner used to participate in several extracurricular activities. She attended the Colfax Avenue School. She later went on to study at Bennington College and majored in The History of Storytelling. Following her schooling, she began developing an interest in philosophy, mythology, religion, as well as art history.

Tracy Reiner made her acting debut in the 1984 American comedy film The Flamingo Kid along with Matt Dillon and Richard Crenna. Later she made her presence in the American action film Die Hard along with Bruce Willis. The movie became the instant hit at the box office grossing over $140 million worldwide whereas its production cost was just $28 million.

One of the most appreciated movies of Tracy is the American docudrama space adventure film Apollo 13, where she played the role of Mary Haise. She got an excellent comment from her fans and was also nominated for several awards for her extraordinary acting. Later in 1996, she got a chance to be featured in the American musical comedy-drama film That Thing You Do.

Tracy Reiner's Net Worth, Salary, And Major Source Of Income

Tracy Reiner has played a number of significant characters in several commercially successful movies. And she has collected a large amount of net worth from her acting career which as per celebrity net worth is around $4 million, in 2019.

Some of her successful movies are listed below

Reiner's major roles in such a box office hit movie obviously paid her a hefty amount of paycheque.

Tracy Reiner is married to Matthew Theodore Conlan but the information of where they met for the first time and when they started dating has not been revealed yet. Tracy has five children and one of her daughter's names is Bella Conlan. Tracy currently lives with her husband and children in Los Angeles, California.

Reiner and her hubby Conlan have been together for a long time and sharing the same marriage journey with no rumors of divorce.

Besides her acting career, Reiner has also engaged in several social works, and once she was hugely motivated in the funding of medical software. She loves listening to music and often visits several concerts to fulfill her music love.