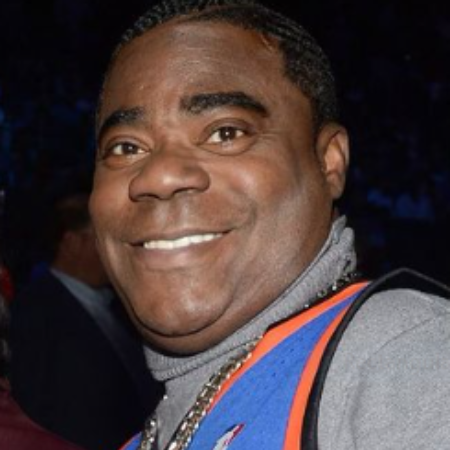 Tracy Morgan is an American comedian and actor most known for TV series like Saturday Night Live, 30 Rock, and The Last O.G., and movies like Jay and Silent Bob Strike Back, 30 Years to Life, The Longest Yard, Superhero Movie, Cop Out, and The Other Guys.

Tracy Morgan was born Tracy Jamal Morgan on  November 10, 1968, the second of five children to musician Jimmy Morgan and his wife Alicia Warden. He is 53 years old at the time of this writing and stands at a height of 5 feet 8½ inches (1.74 meters).

In June 2014, Morgan was involved in a near-fatal automobile accident in New Jersey. He was one of several involved in the six-vehicle chain-reaction crash. The vehicle carrying Morgan and his comedy entourage was rear-ended by a Walmart truck that caused a chain reaction and saw his friend and fellow comedian  James McNair dead.

Morgan spent 13 days in the hospital with a slew of injuries and underwent surgery and extensive physical rehab. He would not make his first public appearance until a year later, almost to the day, of the near-fatal accident.

Morgan married his high school sweetheart, Sabina Morgan, on August 14, 1998, when they were still in high school.

On August 23, 2015, Morgan married the model, Megan Wollover. Among the attendants was the couple's two-year-old daughter, Maven Sonae Morgan, born on July 2, 2013. In July 2020, it was announced that Morgan had filed for divorce from Megan. The duo is no more together, however, Morgan shares a close bond with his daughter Maven. 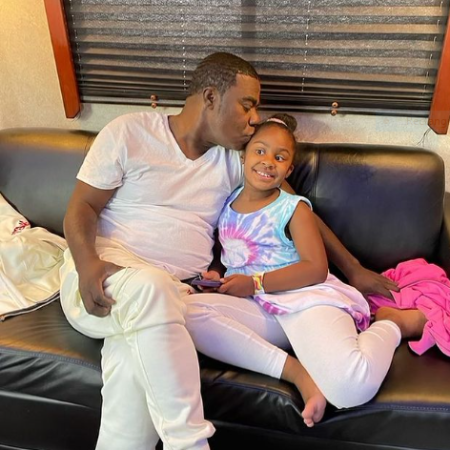 The comedian seems to live a single status currently, however, he often posts photos on his Instagram with his female friends. Maybe he is having a secretive relationship with someone.

Morgan began his professional career as a stand-up comedian in The Bronx. He transitioned to acting in the mid-'90s, making his television debut in the Fox sitcom Martin and his film debut in 1996's A Thin Line Between Love and Hate.

He was a performer on Saturday Night Live from 1996 to 2003 and was the star of his eponymous NBC sitcom The Tracy Morgan Show.

Morgan gained critical acclaim for his portrayal of Tracy Jordan in the Emmy Award-winning NBC sitcom 30 Rock. Later he starred as Tray Barker in the TBS comedy series The Last O.G.

The comedian has had several high-profile roles in such movies as Half Baked, Bamboozled, Jay and Silent Bob Strike Back, 30 Years to Life, The Longest Yard, Superhero Movie, G-Force, Cop Out, Death at a Funeral, The Other Guys, Rio, Rio 2, The Boxtrolls, and What Men Want.

According to celebritynetworth.com, Morgan has a net worth of $70 million, courtesy of his career as an actor and comedian. Further, he might be earning around $50 thousand annually as an average salary og an actor. No doubt, the actor has a luxurious life with his million-dollar net worth.