TV personality Tracey Elaine Edmonds is living in California with her two sons. Be schooled about her family 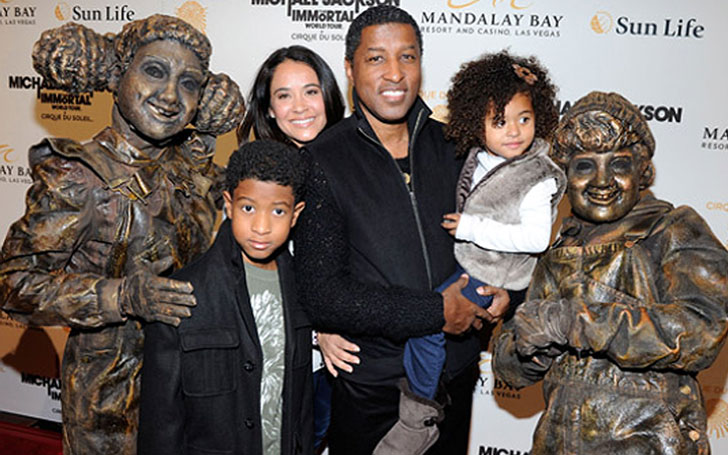 Tracey Elaine Edmonds is an American entrepreneur and media personality. She hosts the television show Extra. Tracy is a CEO of Edmonds Entertainment Group and COO of Our Stories Films.

Currently, she also serves as the director of the Producers Guild of America. Tracy has been in a serious relationship with Deion Sanders, a sports analyst for CBS and NFL Network.

Celebs may face many ups and downs in their personal life due to some personal reasons. Tracy Edmonds is the same kind person and she has gone through many ups and done in her love life. Firstly, she was married to Babyface, a famous singer and R&B artist of the country.

Tracey and her partner Deion Sanders

Later, in 2008, she was the wife of Eddy Murphy but she separated with him after things stopped working out for them. Then, after a couple of years, she started dating former NFL player Deion Sanders.

In 2012, they officially announced their relationship and since then, they have been living together till date. However, they are yet to announce their marriage date,

Tracey and Edmonds started dating since fall of 2006, dated for two years and got engaged in 2007. After six months, they exchanged their vows in a sun set ceremony on 1 January 2008. They wedded in a private Island of Bora Bora, in French Polynesia among some friends and relatives.

Tracey and Eddy Murphy during their marriage day

Since the couple tied their knot in a foreign country, the marriage was purely ceremonial but not legal. Tracey and Murphy originally planned to organize a legal ceremony in the US. However, it didn't happen because they separated in just fourteen days of their wedding. After separation, they were interviewed by the People.

After much consideration and discussion, we have jointly decided that we will forego having a legal ceremony as it is not necessary to define our relationship further.

Tracey also stated that they would remain friends forever even after being apart.

Tracey met Kenneth Edmonds, popular from his stage name ‘Babyface’, during auditioning for the music video. It is reported that at that time, she was working for her mothers’ business.

Tracey Edmonds with Babyface and their kids

One day, both of her mother and Tracey dappled the car of the Babyface and started to follow him. Then, she became crazy about him and dreamed of marrying him like in a fairytale. Luckily, in 1992, her dream came true and exchanged her vows with him.

Then, she spent 13 years of married life and in 2005, she filed for a divorce and got separated.

In many interviews, her ex-husband, Babyface has said that he never loved her and this was the only one-sided love story.