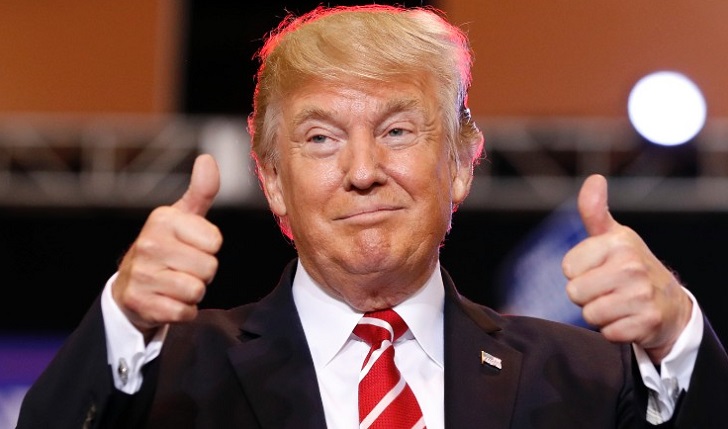 Donald Trump is one of the most controversial presidents in the American history. He has been accused several times by renowned journalists and media personalities.

Ever since he was elected the president of the united states in 2016, he has been in news for more negative backlash than positive reviews.

The news regarding his ties with Russia during the presidential election campaign is among the major issues that are going through investigations till date.

Apart from all he has offended many journalists with his gestures and talking and here we are presenting you the list of 5 journalists who hate Donald trump for various reasons.

The American author and broadcasting journalist, Katy Tur, who has been working for NBC news for long started the following trump during his presidential campaign.

In her new book Unbelievable: My Front-Row Seat to the Craziest Campaign in American History, Katy tur made some revelations about her experiences with Donald Trump.

In the book, she claims he kissed her without permission while she was working. In talks with MSNBC’s Morning Joe, she was quoted saying:

Before I know what's happening his hands are on my shoulders and his lips are on my cheek. My eyes widen. My body freezes. My heart stops.

She further hoped no one had seen the moment when Trump made that misconduct.

I hope the cameras didn't see that. My bosses are never going to take me seriously.

The chief white house correspondent for CNN, Jim Acosta, engaged in a dispute with Donald Trump after Jim asked president’s views on immigration.

During the Q&A session at the white house, when Jim asked Donald Trump about his views on the ongoing immigration issue, trump ordered Jim to leave the oval office. When asked, Jim claimed trump shouted on his face after he tried to get the answer from the president.

Just Caucasian or white countries, sir, or you want people to come in from other parts of the world, people of color?

Acosta later took to Twitter the whole scenario of the oval office showing the way Donald Trump treats the journalist.

Juliet Huddy is a former Fox news anchor who claimed that president trump tried to kiss her in the lift of trump tower. She recalled the incident back in 2005 or 2006 when she joined Donald trump for lunch in the 58-storey skyscraper.

Huddy who hosts a radio show now on US station WABC Radio said after they had their lunch, trump leaned in for a kiss on Huddy’s lip before they said goodbye.

Recalling the incident, trump was later seen on Huddy’s show where he said,

I tried hitting on her but she blew me off

Robert Mackey currently serves for the Intercept. Earlier he had a career as a reporter in New York Times.

With his witty and logical tweets, Mackey never leaves any stone unturned when it comes to criticizing the president, Donald Trump. In different occasions, Robert was seen taking a dig at Trump.

Serge Kovaleski, a New York Times journalist, is a differently abled reporter who has a condition of limited mobility of his joints.

Trump used an article by Kovaleski from 2001 Washington post that said thousands of Arab Americans celebrated the terrorist attack on the world trade center. Defending himself, Kovaleski said he never witnessed such numbers of people celebrating the destruction.

Later in South Carolina, Trump addressed public where he imitated the body language of the disabled reporter, Kovaleski. Trump was seen moving his shoulders and arms and saying:

After a strong reaction from the public, Trump refused to apologize for his comments and mocking impersonation on the reporter.